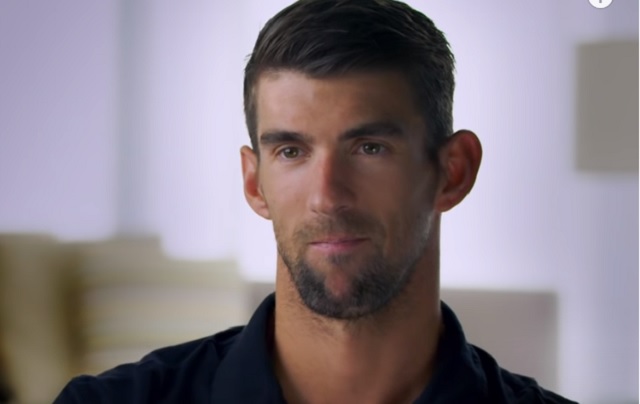 HBO’s new hourlong sports documentary, “The Weight of Gold”, takes a look at the enormous amount of pressure Olympic athletes find themselves in as well as the mental health challenges they face when they are forced to retire young despite having dedicated years of their lives pursuing their dreams.

“The Weight of Gold” centers around Phelps, who helped produce the film and gives a sobering look at his own personal bout of depression during his career as an Olympic athlete.

“I believe I have experienced a state of depression after every Olympics I competed in,” said Phelps. “For a long time, I only saw myself as a swimmer, not a person. When I walked off the podium in Rio, I knew many of my teammates and competitors were not aware of, or prepared for – the post-Olympic transition. In sharing our stories, it is my hope that we can encourage others to open up, let them know they are not alone and that it’s ok to not be ok. For me, the opportunity to help break the stigma surrounding mental health and potentially save a life is way more meaningful than any Olympic medal.”

We’re just so lost. A good 80 percent, maybe more, develop a post-Olympic depression,”. “I thought of myself as just a swimmer, and not a human being, and that’s where I thought, why don’t I just end it all?”

Another aspect of the “Weight of Gold” sheds a spotlight on the broken U.S. Olympic system that expects many of these Olympians to dedicate their lives to the sport for very little compensation and don’t go on to provide guidance or support once athletes retire which is a point made by former eight-time medalist Apolo Anton Ohno.

Former track and field star Lolo Jones goes on to plead with the US Olympic Committee to help athletes deal with post-Olympic depression.

I will never regret competing Team USA and this country, I’ve helped promote the Olympic sports for three Olympics, I’ve given my blood sweat and tears, I have given my talent and all I’m asking is that after it’s all said and done, someone can help me mentally get through this

The most powerful portion of the film focuses on Steven Holcomb, the American bobsledder who competed from 1998 until his death in 2017. Holcomb had spoken to Rapkin on camera for an interview and opened up about his depression twelve days before he decided to commit suicide. Rapkins’ interview with Holdcomb inspired the director to expand his project and to speak to other Olympic athletes about their struggles.

This particular project involved unexpectedly learning about a serious mental health crisis that I was not previously aware of: Post-Olympic depression. The current global health crisis has only brought more urgency to finding ways to reduce the stigma of seeking help and provide excellent mental health resources for not only Olympians but everyone.”

Phelps reiterated Rapkin’s’ calls for change within the U.S. Olympic system in hopes of preventing another tragedy like Holcomb from happening again.

What else has to happen for this to change? Do five other athletes have to take their lives to see change? How far done the road are we going to get until someone stands up and says we have to do something?

The “Weight Of Gold” is effective in showing the mental struggles Olympians face during their careers at a time when athletes are beginning to open up about mental health. Hopefully, the documentary will spark discussion within the Olympic community that will result in athletes getting better resources to help them cope with the mental toll of competing for their country.

The ‘Weight of Gold” will debut on HBO on Wednesday, July 29 at 10 p.m. ET, the date when the 2020 Tokyo Olympics were meant to start before they were postponed to 2021 due to the Coronavirus pandemic.

Celebrated in the spotlight, left in the dark. #TheWeightofGold premieres July 29 on @HBO pic.twitter.com/qDE6p4L9wN