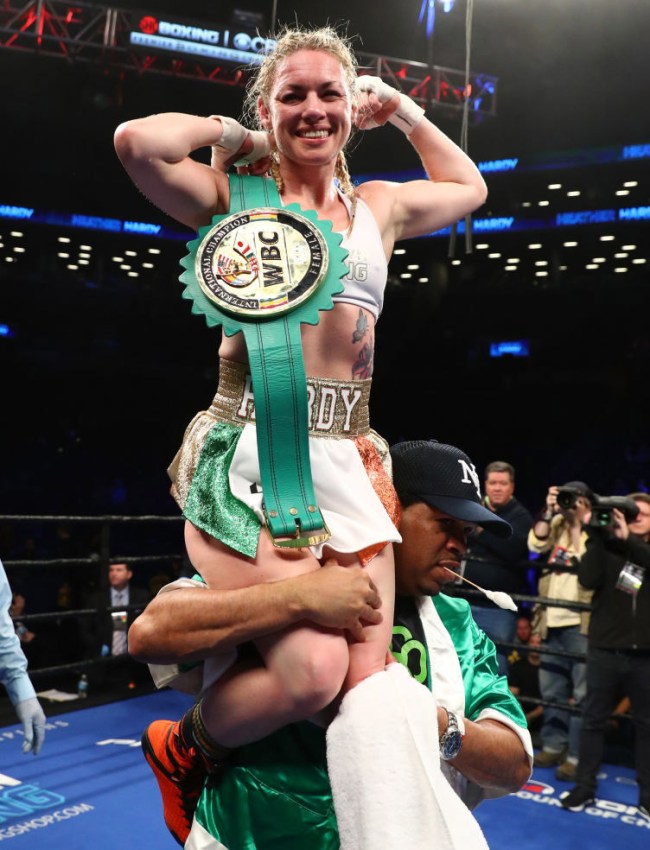 UFC champion Conor McGregor is the undisputed face of men’s mixed martial arts (even if he is really into boxing right now). Over on the women’s side though, it’s been tough sledding for any of the fighters to get any traction as we have gone through multiple champions ever since the rapid downfall of Ronda Rousey.

For awhile it looked like Paige VanZant might be the next face of women’s MMA. Then she lost. Twice. Once very badly.

Then, the woman who beat VanZant to give her a second loss, former Invicta FC Atomweight Champion Michelle Waterson, AKA The Karate Hottie, looked like she might finally get the recognition and title shot she has so long deserved. And then she lost. (She did get to pose naked for the ESPN “Body Issue” though, so I guess that’s…something.)

Last year I speculated that Jiu-Jitsu World Champion Mackenzie Dern has the potential to at some point become the face of women’s MMA. Heck, Dern beat THIS WOMAN in an open weight tournament, for God’s sake…

So far Dern is now 3–0 in her professional MMA career, but she’s been fighting for Legacy FC and not the UFC so she still has a way to go.

Now comes another potential star in the making named Heather Hardy. Hardy is undefeated as a professional boxer with 20 wins and holds the WBC International Female Super Bantamweight title. She also just made her MMA debut at Bellator 180 with a third round knockout.

At the post-fight press conference, Hardy said, “I think I just fell in love. I just worked so hard, and now I can say I did it too. A lot of people said I couldn’t do it or I wouldn’t do it. And I did.”

As for why Hardy decided to make the switch? A lot of it has to do with what she saw when boxing champ Holly Holm entered the UFC.

“I knew that MMA was so much more evolved than boxing. I knew that female boxers are so grossly underpaid. I hate to say I’m gonna do MMA for the money, but it is certainly an incentive,” Hardy said.

“The sport itself is much more evolved. Not even just more than boxing but more than any sport where females are involved. MMA is one of the few sports where women are seen as athletes.”

“In boxing, we’re dealing with the same guys that we’re signing contracts when Laila Ali and Christy Martin were fighting. ..These are just a bunch of guys who are really far behind in the times and stuck in their ways,” she said. “Women in the sport are suffering. I just had to change. Boxing is not evolving.”

So will Heather Hardy eventually become the face of women’s MMA? We’ll have to wait and see, but you don’t go 20-0 in professional boxing without some major skill and dedication to fighting.