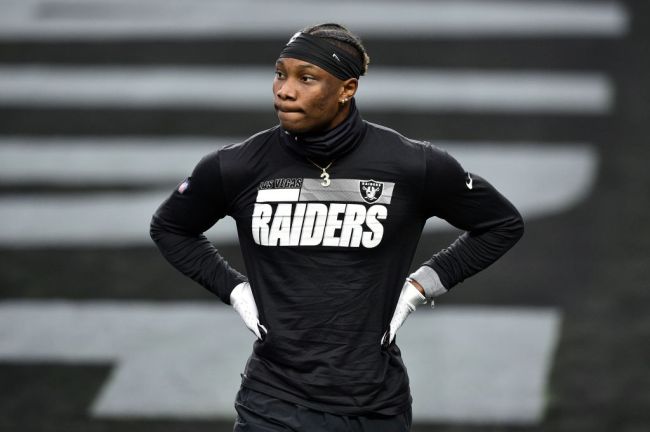 One pin. Henry Ruggs III lost his perfect game by one pin. 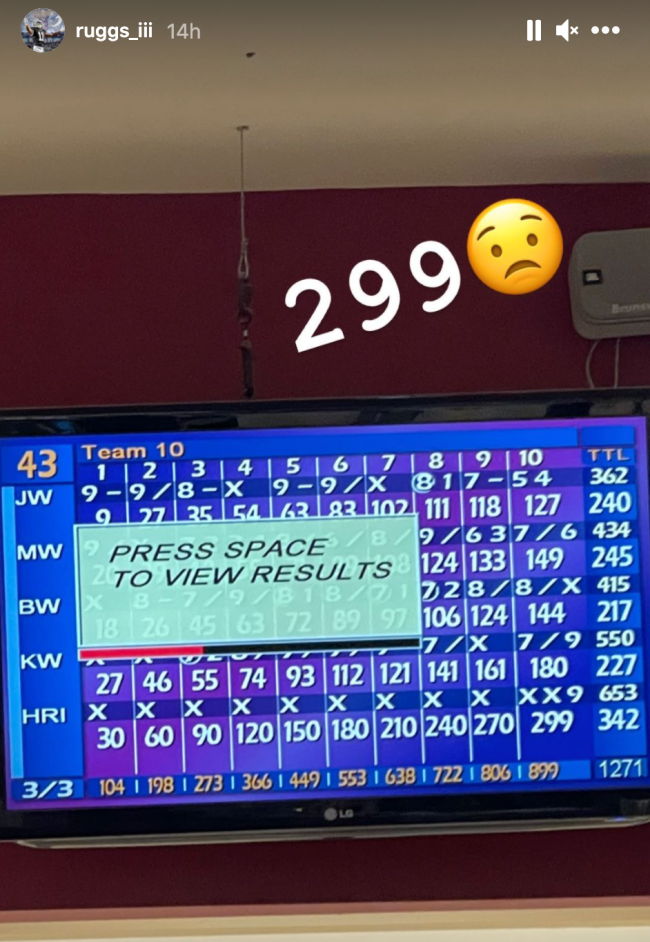 Ruggs, a second-year wide receiver for the Raiders, is a man of many talents and a freak athlete. After not playing football until his junior year of high school, he received his first D-1 scholarship offer after only his second game.

When he wasn’t tearing up the gridiron, Ruggs started on the varsity basketball team and broke the Alabama High School record in the 100-meter dash. He went on to play for Nick Saban at Alabama and was drafted in the first round by Las Vegas.

If that wasn’t enough, Ruggs is also apparently an excellent bowler. Some people just have everything!

On Wednesday night, the 22-year-old hit the lanes in Sin City with a few of his friends. The crew included aspiring rapper OgS Kemp, personal chef Jordan Garrison and brand consultant Blake Wynn.

Ruggs dominated the field, winning over some impressive scores by more than 20.

Anyone who has ever gone bowling knows how difficult it is to bowl one strike. Bowling a perfect 300, a game with only strikes, is damn near impossible for an amateur and Ruggs’ final line demonstrates that notion.

Through the first nine frames, Ruggs was perfect. 90 pins up, 90 pins down on nine balls.

If you aren’t familiar with bowling rules, the 10th frame is a little bit different. Should you bowl a strike, you are presented with two more opportunities to increase your score.

On his 10th frame, Ruggs bowled a strike. And then he bowled another. He a perfect game through 11 of 12 balls and needed one more to be perfect.

Wynn filmed his final frame and it’s a gut-wrenching sequence to watch. Ruggs steps up to the lane with perfect form and places his final ball exactly where he wants it. One by one, the pins started to fall. All go down except the 7-pin, which remains standing and left him with a score of 299.

After the game, Ruggs took to social media and said, simply, “I’m sick.”