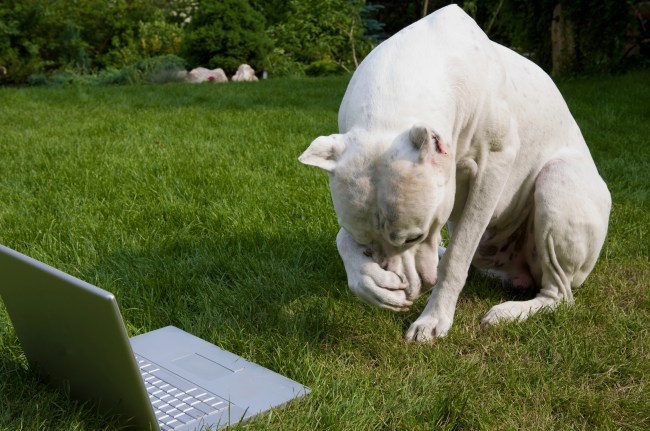 There’s a latin phrase, De mortuis nil nisi bonum, which roughly translates to “Of the dead, say nothing but good,” or as you may know it today “Never speak ill of the dead.”

If you are possessed by a demon and must break this commandment, have the human decency to make sure the one living person who will most negatively be affected by your comments isn’t sitting right next to you.

And if you’re one of them fellas who just wants to watch the world burn and piss on the ashes of the dead into a microphone to eventually be broadcasted to the world, I’m sorry, there is nothing I or an certified exorcist can do for you. You’re just too far gone.

I’m…. im not sure how I should feel about what this announcer just said? pic.twitter.com/gfvfYVKwme

According to Sporting News, the announcing duo is Lee Bernick and George Nusbaum, and they were calling the November 30, 2019 game between Prior Lake and East Ridge in Minnesota.

Bernick is the man who just lost his dog, Lucy, and Nusbaum is the one who doesn’t care.

The worst part of me wants to mention the fact that Bernick initially tripped over the name of his own dog (“our sweet Dais–Lucy”), displaying the kind of negligence that gets your dog ran over in your own driveway.

Because Mr. Bernick has a family. And everyone but him is still grieving.

This is my dad😂 He is is talking about our dog. Without context this just sounds awful #RIPLucy https://t.co/VkSlH8tfQ1

I never thought a Minnesota high school basketball game couldn’t produce this much morbid entertainment. Glad I’m not the only one.

— fighting for peace is like fucking for virginity (@Lyngay) January 9, 2020

We can all take comfort in the fact that All Dogs Go To Heaven. Mr. Nusbaum, on the other hand, no such luck.