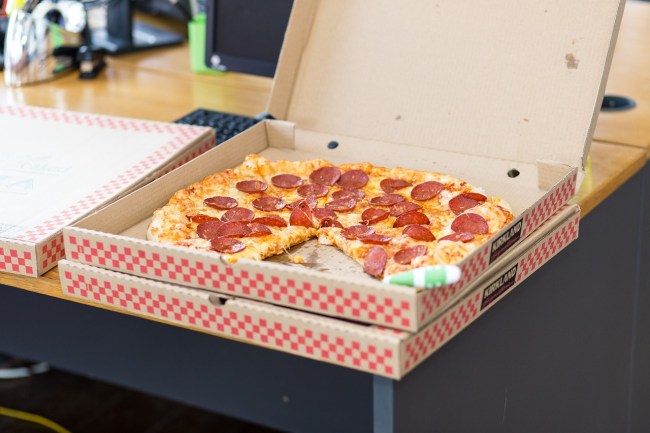 The head football coach at McKinley High School (OH), and seven other staff members, have been suspended after allegedly forcing a player to eat pepperoni pizza as a punishment.

You may be thinking that being forced to eat pepperoni pizza doesn’t seem like a punishment at all, but the player is Hebrew Israeli, a religious faith that forbids the consumption of pork, so eating pepperoni is most definitely a form of punishment in this case.

According to The Kansas City Star, the head football coach and seven assistant coaches forced the student-athlete to eat the pizza in the middle of the gym after he missed a voluntary practice. We’re not talking about just one bite or one slice of pizza, either.

The student claims he told the coaches at least 10 times that he doesn’t eat pork or its residue, but the coaches still allegedly forced him to eat the entire pizza pie after he picked off the meat.

“We’re just distraught by the whole situation,” Akron attorney Ed Gilbert said. “We don’t understand how this could have happened. We want to get to the bottom of it as well, and if we have to go through a lawsuit to do it, then it’s on.”

In its statement, Canton City School District said the “football program, which has a long and impressive history, is an important part of our school culture and our community.”

This reminds me of a story from my own high school back in the day. Our head soccer coach was a certified maniac. He coached both the boy’s and girl’s teams and took the job far too seriously, we had a strong program for a small program in a small town in Tennessee, but he looked at the gig as if he was managing a Premier League team.

Anyways, if you showed up to practice or a meeting late or got caught eating junk food, you earned an early-morning run with the coach. Legend has it, one girl broke one of his dozen rules that teetered on abuse and showed up to the track the next morning and was greeted with a dozen donuts. She had to (allegedly) down them all and then take off and run a mile.