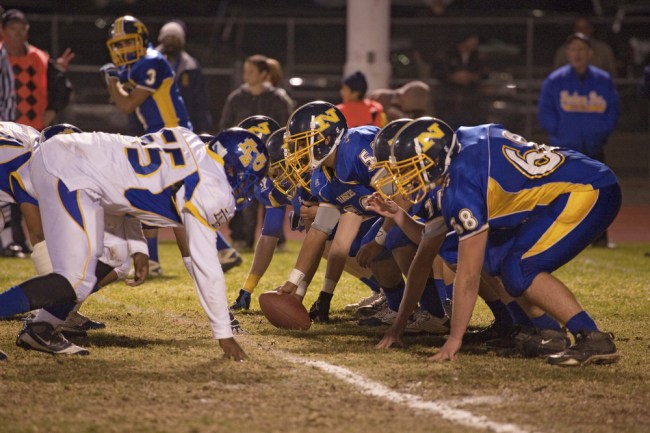 In certain parts of the country, there aren’t many things more people get amped up about than high school football. In some regions (and by “some regions” I’m mostly talking about Texas), yelling at teenagers giving each other concussions on Friday nights is simply a way of life— a way of life that some people get way too into.

That statement doesn’t just refer to fans of high school football— it also applies to the people who coach it. Football coaches are some of the most intense people on the planet, and the last thing you want to do is find yourself on their bad side.

That’s why I feel bad for Houston-based quarterback Kaelin Robinson— as far as he knew he was doing everything right. The Village School student threw a perfect touchdown pass and ran over to the sideline to receive some much-deserved acknowledgment from his coaches.

What he ended up getting was something a bit more painful than he anticipated:

The worst part of the entire video is that the incident says that it took place at a scrimmage. Actually— scratch that. The worst part of this video is #44’s running form. Use your arms, dude. As for Robinson? He managed to recover and threw a TD on the next drive.