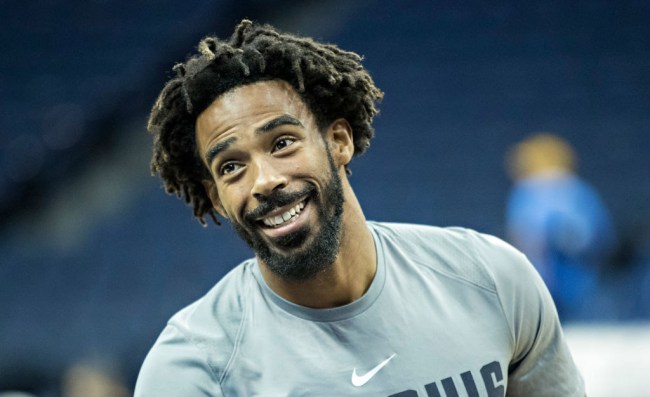 Many of you may have clicked on this post because you thought that BroBible started doing satirical articles like The Onion, however, the headline is correct; the highest paid NBA player right now is Mike Conley. This went down after Conley wisely agreed to a deal with the Memphis Grizzlies that will pay him $153 million over the course of five years. The largest fucking contract in NBA history. Let that sink in.

In these 50 NBA statistical categories seen on Basketball Reference, Mike Conley is only in the top 20 in two categories: Offensive Box Plus/Minus (13th overall) and Assist Percentage (17th overall). Not exactly screaming “I AM WORTHY OF BEING THE HIGHEST PAID NBA PLAYER!” We know that Conley isn’t a top five player in the association. Is he even a top five point guard? I’d take Steph Curry, Russell Westbrook, Chris Paul, Damian Lillard, John Wall over Conley. Is Conley even better than Isiah Thomas or Kyle Lowry?

Besides the 28-year-old point guard’s historic contract, the massive salary cap increase that went into effect this summer has made many NBA free agents very, very wealthy men.

Look at these staggering salaries:

How dumb does Carmelo Anthony feel for signing a five-year deal that will pay $124,064,681 last year?