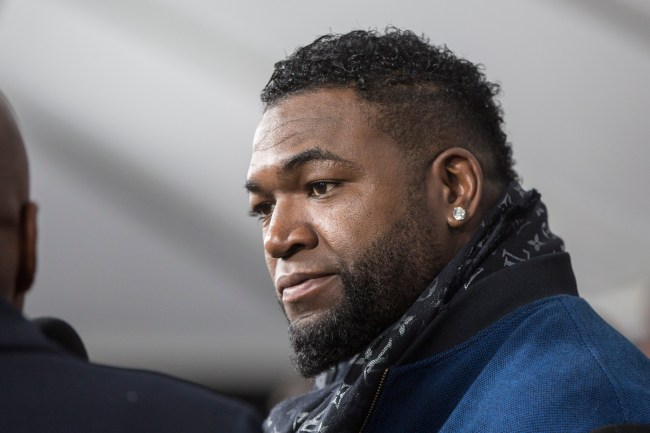 Over the weekend, former baseball star was shot in the back in an assassination attempt in the Dominican Republic.

This is what we know: David Ortiz was shot at a club/rest. in Santo Domingo; was taken to a local clinic. An attending doctor told our colleague @dSoldevila the bullet hit him in the lower back, went through-and-through. He's currently in surgery; doctors say he's out of danger.

The director of the Dominican Republic’s National Police Maj. Gen. Ney Aldrin Bautista Almonte briefed the media today on the latest updates on the David Ortiz shooting that went down this weekend at a bar in Santo Domingo.

According to Almonte, the men involved in the shooting were paid about $8k to kill Ortiz.

Dominican Chief of Police, Ney A. Bautista (as he holds up the gun allegedly used to shoot David Ortiz): “They paid $400 thousand pesos (less than $8K) to those who tried to kill David Ortiz." -Did not address motive. pic.twitter.com/lVE3jPuniw

Dominican Chief of Police Ney A. Bautista: "Two vehicles, one motorcycle and several individuals participated in the attack against David Ortiz."

According to the chief prosecutor in the case they have six men in custody and believe another man was involved in a coordinated effort to kill the former Red Sox player.

The chief prosecutor in the Dominican Republic says five people, including the alleged gunman, have been detained in the shooting of former Red Sox star David Ortiz. And total of six suspects have been detained.

Authorities say a seventh suspect is being pursued in the shooting, which witnesses say was carried out by two men on a motorcycle and two other groups of people in cars.

The Dominican Republic’s chief prosecutor Jean Alain Rodríguez Sánchez spoke at a news conference on Wednesday. Authorities gave the name of the alleged shooter as Rolfy Ferreyra, aka Sandy.

According to ESPN Ortiz took a “few steps” on Tuesday after successful surgery.

A source with knowledge of the situation told us that David Ortiz has taken a few steps today and has talked to some loved ones. https://t.co/IKiSvThyUx

Ortiz will still spend several days recovery in intensive care according to his wife.

Ortiz underwent emergency surgery Sunday night in the Dominican Republic to repair damage to his intestines and his liver. He was stabilized and then flown to Boston and taken to Mass General, where a second surgery was performed late Monday night.

As of now the police have given no motive on the shooting despite online reports about a drug lord being involved.