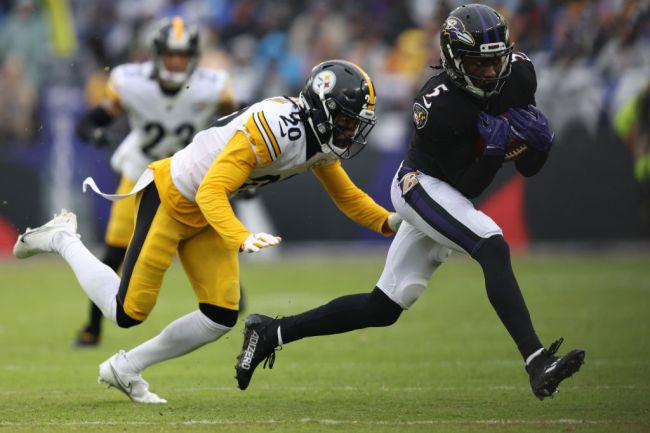 Hollywood Brown will finally have his chance to truly show off his talents with the Arizona Cardinals this season.

So far during his career, he has been unable to show what he is truly capable of thanks to the limitations of the Baltimore Ravens’ offense.

Not only did that offense make it difficult for Brown to shine, but today he told Darren Urban from the Cardinals’ website that there were times he felt like the Ravens didn’t even need him.

"I loved being at the Ravens … I want to feel like I am a part of something to win. I just felt like sometimes they really didn't need me."@Primetime_jet will see his former @Ravens teammates Sunday, but ready for new role with @AZCardinals: https://t.co/eVTZ4w1nJ0

It’s about happiness. I want to feel like I am a part of something to win. At the Ravens, I just felt like sometimes they really didn’t need me. Regardless if I was there or not, they were going to win games.

As talented as Brown has proven himself to be, he might not be wrong about the Ravens not needing him to win at times. The Ravens have been one of football’s most run-heavy teams since they drafted Lamar Jackson and have most of their gams during that time by just pounding the rock.

Luckily for Brown, that won’t be the case for as long as he is with the Cardinals. They run an offense that is much happier to pass the ball. The Cardinals posted more than 4500 yards through the air last season between Kyler Murray and Colt McCoy, which is substantially more than the Ravens have passed for in any of the last 4 years.

With DeAndre Hopkins starting the year on a 6 game suspension and Kyler Murray looking to prove that he’s worth every penny of his contract extension, it shouldn’t take long for Hollywood Brown to feel needed in the Cardinals offense.