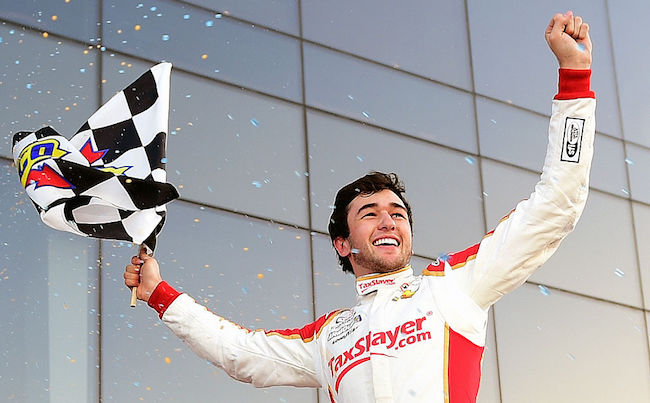 Whenever I have to catch a train at Penn Station, I make sure to budget enough time to pregame with a couple of beers and a basket of wings at the Hooters across from Madison Square Garden. I know saying you go to Hooters for the food is like saying you read Playboy for the articles, and while I certainly have an appreciation for the most controversial aspect of their business model, I’d still be just as happy being waited on by a sumo wrestler in a Borat mankini if that’s what it would take to get my hands on some of their wings.

It would make sense that a restaurant chain famous for its chicken would use breasts and thighs to lure in customers, but over the past couple of years, the company has been attempting to expand its culinary footprint using a tried and true tactic: free shit.

In the past month alone, Hooters gave away free fried pickles to commemorate the government shutdown and handed out free wings on Valentine’s Day to anyone willing to shred a picture of their ex, but if you missed out on those two promotions, you still have a chance to score some complimentary food.

On Thursday, Hooters announced they’re teaming up with NASCAR driver Chase Elliott to give people a chance to drift off of his success during the 2018 season. Fans will get the chance to get two orders of boneless “wings” (I’ll save the debate for another day) for the price of one whenever he wins a race. Even if he doesn’t finish first, you’ll still have the opportunity to get some fried pickles when you order a beer as long as he ends up in the top 10 (you can only take advantage of the offers on the Monday after each race).

If you’re looking to score even more this NASCAR season, be sure to sign up for the BroBible fantasy league for a chance to earn whatever swag we have laying around each week.