Houston Football Has Fifth Game On Schedule Postponed Or Canceled 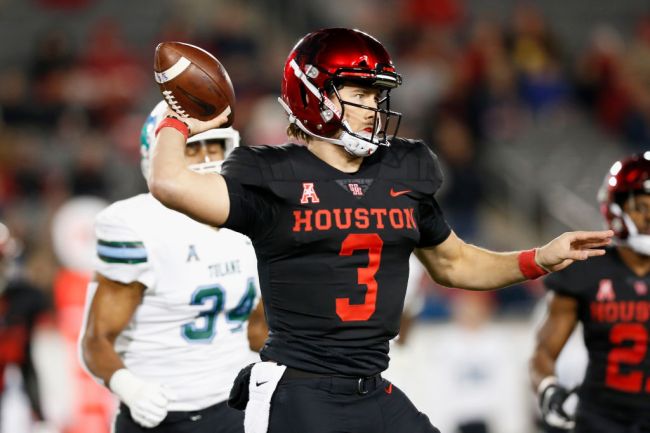 Outside of the college football programs around the country whose conferences elected not to play football this fall, no program has suffered more than Houston has.

On Wednesday the Cougars’ game against North Texas scheduled for Saturday was officially canceled making if the fifth game on Houston’s schedule to be either postponed or canceled. The cancelation comes as a result of North Texas receiving four positive test results and contact tracing making the Mean Green unable to field a team.

“We understand this COVID-related decision North Texas has made to not play Saturday’s game and appreciate the consistent dialogue with our program by UNT Athletics Director Wren Baker, his administration and medical staff during this week,” Houston VP for Athletics Chris Pezman said in a school release.

NEWS: North Texas-Houston is postponed. UNT says there were four positives, but contact tracing left them unable to field a team.

All five games involving Houston that have been postponed or canceled have been done so by the opposing schools.

Houston was set to play Baylor last weekend, but 24 hours prior to kickoff, the game was postponed due to coronavirus concerns. The concerns didn’t involve actual positive tests, instead the postponement decision was made because of contact tracing.

Next up on the Cougars’ schedule is a home game against Tulane scheduled for October 8. Here’s to hoping they can take the field sooner rather than later.