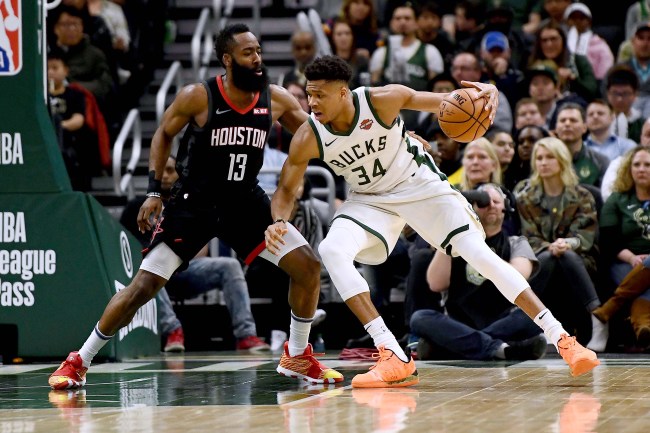 After Giannis was announced as the MVP the Houston Rockets Twitter account tried to make the case that James Harden should have won the award by tweeting out several Harden stats.

Congrats to the new MVP, but we respectfully disagree.

✔ Surpassed his career high for 3-pointers made in his 53rd game of the season finishing with 378, 2nd-highest single season total in NBA history. 🚀

The Rockets’ tweets did not go over well with NBA fans.

Maybe you should have tweeted this BEFORE they voted… pic.twitter.com/D6Lldsm0gF

This is just plain disrespectful. Show some humility

Or you could congratulate someone without a salty response to coincide with it. Giannis deserved it. His team was better.

✔ choked in the playoffs for the last 10 seasons!

The salt is real!!! pic.twitter.com/1KmflAJZW6

Your whole organization gets the award for biggest cornballs especially @dmorey