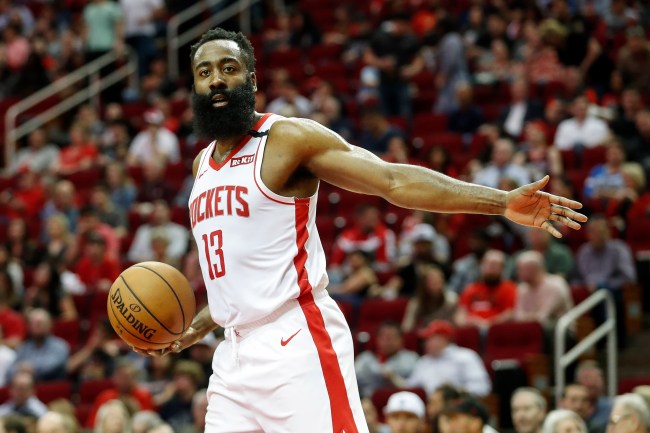 The NBA has been shutdown for over two months but James Harden has kept busy.

According to a report from The Athletic’s Kelly Iko, Harden has been putting in intense workouts with his team in Phoenix in preparation for whenever the NBA season would return.

“I’ve been doing a lot of cardio,” Harden said. “I’ve got treadmills in my houses, weights, and all that good stuff. It really hasn’t affected me like it’s affected a lot of other players.”

A week full of high-intensity sessions would be the ideal preparation for the resumption of sports. Harden wanted to work out two, three times a day, mixing in different techniques and specific drills curtailed to his style of play. The hiatus had caught him off guard, but the return wouldn’t.

Harden’s main points of emphasis in the weight room are balance, stability and body control. Different sets of weights are used, but the goal is maintaining a center of gravity. To aid his quest for achieving balance, Harden participates in yoga and pool workouts.

On Friday, a picture of James Harden went viral because many believe he’s lost a ton of weight during quarantine.

It looks like James Harden has lost some serious lbs pic.twitter.com/bJLd53lk1P

I don't know that Harden losing weight is necessarily a good thing. One of the main reasons he is so lethal going to the basket is his size, and based on the minutes he's been able to handle in the past, I don't think stamina was an issue

I very happy to see James shed some weight, the fact that he was a little heavier probably contributed to him wearing down much sooner this season than in prior years, he couldn't beat his man off the dribble and was getting his shot blocked a ton, that not James Harden at all

Let’s see if Harden’s lighter physique pays off if the NBA comes back next month as reported.