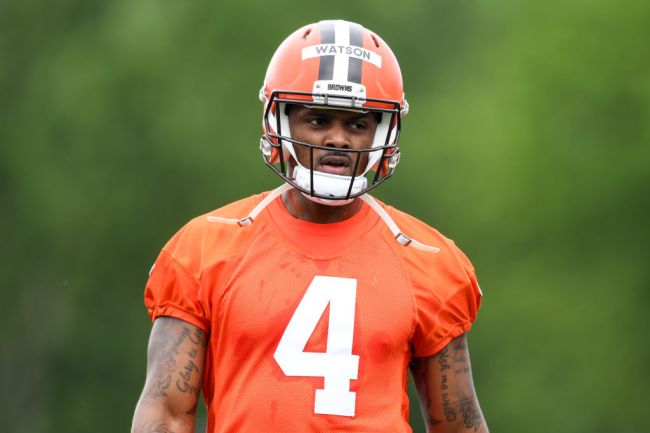 It has been months since the Houston Texans traded Deshaun Watson to the Cleveland Browns, but it seems this story is still far from over for the Texans.

Last week, it was reported that the Texans knew about the incidents between Watson and his therapists and even enabled his behavior. The Texans have since been named as defendants in the lawsuit against Watson and now fans are wondering how this news could impact the trade that brought Watson to the Browns.

Texans’ general manager, Nick Caserio, told Sports Radio 610’s Payne and Pendergast it won’t have any impact at all.

For anyone worried about the NFL actually voiding the Deshaun Watson trade, Nick Caserio confirms @SportsRadio610 it won’t happen. (Weird question to ask a GM, I know, but we did)

Here is exactly what he said about how trades work in the NFL:

“Any trade — forget about this particular one — any trade that takes place, so there’s a process that you have to go through,” Caserio said. “Teams agree on that and then once you agree on that, it gets submitted to the league. The transaction gets processed and it goes on file with the league. Unless there’s somebody that’s gonna go in there, you know, overnight in a mask and try to get on a computer, and may have a cyberattack like that, I’m not sure anything that can be done there.”

It will be interesting to see what exactly happens if the latest report is proven to be true. The Texans have already used a first round pick they acquired in the Watson deal, but it would be surprising to see the NFL allow them to benefit from the trade if they knew the full extent of Watson’s legal trouble.

Everything about this situation is murky, but maybe Watson, the Texans, and the Browns will get some clarity soon.