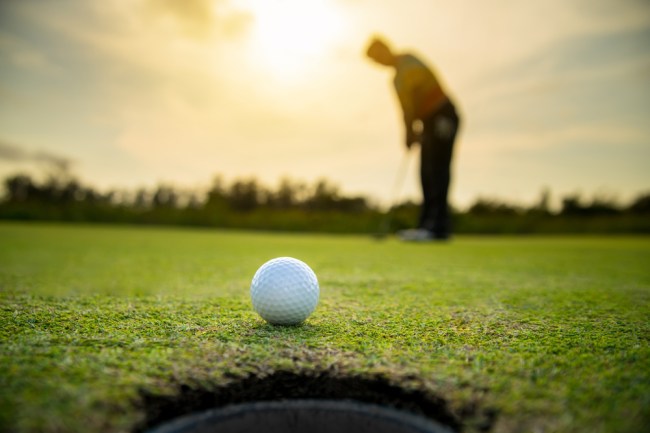 Most golfers have experienced a change in their game at some point that was *likely* caused by the effects of alcohol. As a casual golfer, I’ve certainly seen rapid improvements in my game after drinking a few beers on days when I was playing like complete garbage.

It generally goes something like this: 1) I’m playing like shit, 2) I start drinking because I’ve stopped caring about my crappy round, 3) I immediately start playing better and hitting quality shots….Was it the booze or the lack of caring that caused the improvement in my ball-striking? It’s hard to say for certain, but the video team over at Golf Digest decided to test out how alcohol affects golfers.

For this test, they had three golfers ranging in skill levels from semi-pro to amateur to casual and they had them hit a wide array of shots. The test started with the golfers hitting shots sober, and then they had 2 drinks with each round of shots hit (off the tee, approach shot into the green, and then putting). This went on for five rounds. So the first round was sober, the second round they were 2 drinks deep, the third round they’d had 4 drinks, 4th round 6 drinks, and 5th round they’d each had 8 drinks….Let’s see how they do:

Obviously, this isn’t perfect science. There’s no way to account for the golfer’s varying drinking tolerances. While I might be able to drink 10 beers and still play golf reasonably well someone else might drink 4 beers and see a rapid decline because they’re not a regular drinker. I am, however, surprised by these results. I expected the casual golfer to see an improvement (like myself) when he saw the biggest swings. Whereas the semi-pro golfer barely saw any change at all in his game and if anything he saw a slight improvement.

I’m not here to speak for any golfer other than myself but I think the only aspect of my game that would ever be affected by drinking would be putting. I tend to tense up on the course so drinking helps my tempo and fluidity. But the loss of sensitivity would likely devastate my putting. I guess what I’m trying to say is I need to find some golfers who can go complete this test with me to see if we can produce similar results.