There are few things more exciting in modern sports than Conor McGregor stepping into the octagon. After a year-long break since defeating Cowboy Cerrone in the first round, Conor McGregor squares off against Dustin Poirier at UFC 257.

Even if you’re an armchair MMA fan, there are all sorts of reasons to watch this fight.

When McGregor and Poirier fought in 2014, McGregor swiftly defeated the Louisiana native by first-round TKO. Considering those fireworks years ago, tonight’s Abu Dhabi rematch for UFC 257 is a can’t miss event.

If you’re trying to figure out how to watch UFC 257 and not familiar with what ESPN plus is, allow us to be your sherpa so you can kick back and enjoy tonight’s UFC 257 stream from Fight Island.

All of these options are available on the UFC 257 landing page, which include directions on how to watch the fight on all of your devices, including on the ESPN+ app on your smart TV, gaming consoles, and other streaming services.

It’s going to be an incredible fight… Don’t miss it. 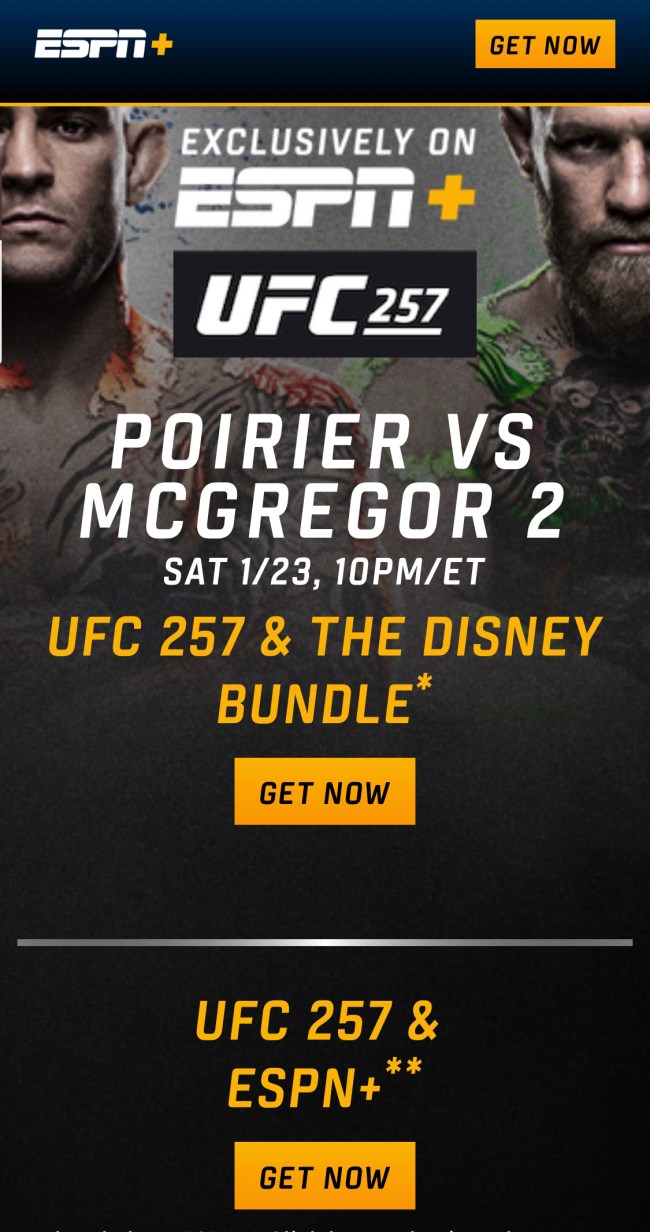