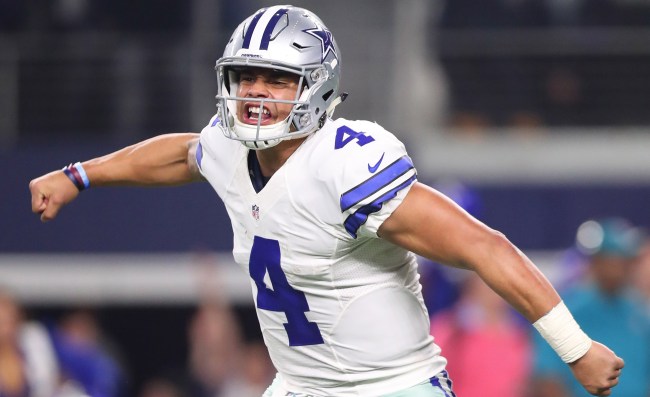 Have you ever wondered how much money star players like those in the NFL make in royalties from merchandise?

It has to be a lot, right? All those jerseys, video games and trading cards. Turns out… it is.

Daniel Kaplan of The Athletic recently took a deep dive into the NFL Players Association’s annual report filed with the Department of Labor and the numbers are absurd.

The money mostly comes from companies like Nike, Electronic Arts, and Panini, and is divided by to each player based on how much their names and likenesses sold.

Take a wild guess who was the top-seller last year?

That’s right. The guy who has been with the SAME TEAM for 17 YEARS sold the most merch. How many Tom Brady jerseys does the average New England Patriots fan own?!

“You see, Peyton Manning moves markets when he did, and you understand when his jersey goes to the top of the sales,” said Spielman. “But for Tom, I mean, how many more Patriot fans are there that don’t own his jersey at this point, but it keeps going. It’s awesome to watch.”

Check out the rest of what Kaplan learned over at TheAthletic.com.