How To Watch The Brazil Vs. Argentina Copa America Semifinal Match Online With ESPN+ 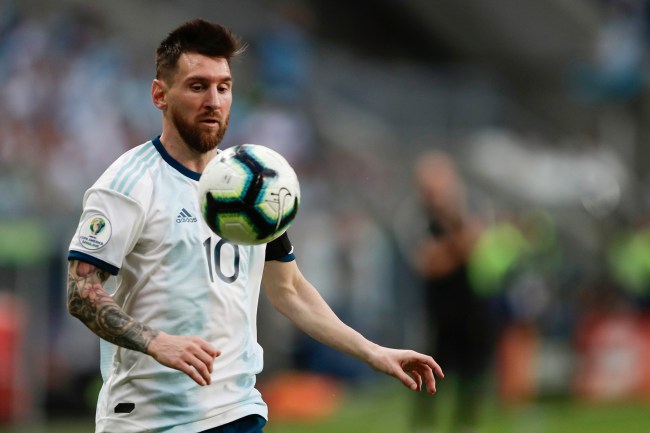 Two of the biggest and most iconic countries for soccer, Brazil and Argentina, are set to kick-off a semifinal match in Copa America that’s sure to be a real doozy. The only place to watch it online? ESPN+, which is the exclusive home of the entire Copa America tournament. And with the streaming service just $4.99/month — or $49.99/year — you won’t feel bad about spending a little money to watch today’s match.

Brazil is looking to reach the Copa America title game for the first time since 2007, which is when Selecao beat Argentina in the final to capture their most recent championship trophy. For Argentina, they’re looking to avenge losses in four of the past five Copa America finals’, and, ultimately, looking to win its first Copa America tournament title since 1993. To say there’s a lot on the line in the semifinal match is an understatement.

So if you’re wondering how to watch Brazil vs. Argentina online in today’s Copa America semifinal match, ESPN+ is the place to get all the action. From stars like Argentine striker Lionel Messi to Brazilian keeper Alisson, this Copa America semifinal match pits two heavyweights against one another, and you won’t want to miss out on the action, so make sure to get ESPN+ now.

Whether you’re just trying to watch iconic squads in today’s Copa America semifinal, or someone looking for the best UFC content, live events and original series to scratch your sports itch, ESPN+ is the spot to get it all. Plus, the fact that it costs just $4.99/month — or $49.99/year — is just an added bonus.