How To Watch UFC 236, Featuring Max Holloway Vs. Dustin Poirier On ESPN+ 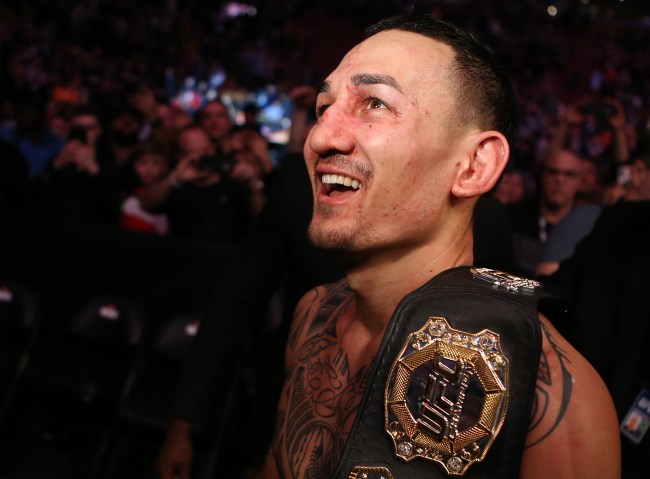 It’s time for some more hard-hitting action, bros, because UFC 236 is this weekend, April 13, and features a rematch between UFC featherweight champ Max Holloway and Dustin Poirier. While every bout in The Octagon is an intense one, the fact that Holloway and Poirier have already faced-off before makes UFC 236 that much more intriguing. And for those wondering how to watch UFC 236, well, there’s only one place: ESPN+.

As the very first UFC pay-per-view (PPV) event available exclusively on ESPN+, UFC 236 is packed with a lot of hype. From the aforementioned main event between Holloway and Poirier to the co-main event featuring undefeated middleweight phenom Israel Adesanya against Kelvin Gastelum, if you’re a UFC fan, you’re going to want to make sure you get yourself UFC 236.

Plus, here’s a friendly reminder that ESPN+ offers a FREE 7-day trial, meaning you can get all the content you want from the sport without committing too much.

If you’re planning on watching the badass action of UFC 236, don’t forget about all the exclusive UFC programming that ESPN+ has for you to watch. Here’s some of what you can expect with your subscription to the streaming service.

Forget wondering how to watch UFC 236, because, now that you know, it’s time to get yourself as much UFC action as humanly possible. Nobody wants to be that guy who misses out, so sign-up for ESPN+ and get all things UFC anytime you want.