Here’s How Tom Brady And Gisele Earn And Spend Their Millions, From Real Estate To Lifestyle 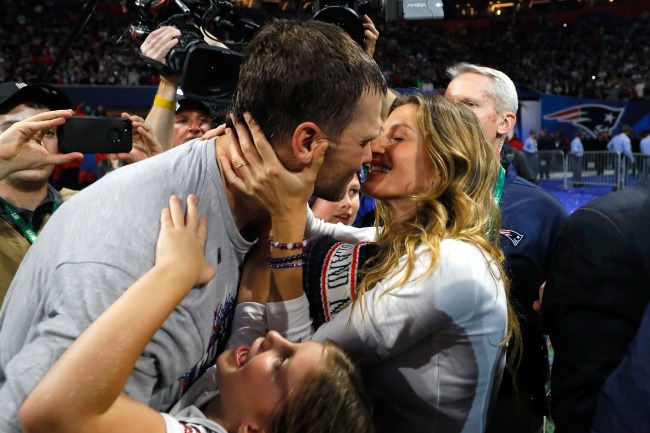 Tom Brady and Gisele are one of the most successful couples in America. Gisele represents around $1 BILLION per year in sales for the brands she represents in her post-runway modeling career where she was the highest paid runway model in the world for a decade, raking in millions and millions.

Tom’s earned well over $200 million in salary throughout his NFL career and he makes a fortune in endorsements from brands like Aston Martin, Tag Heuer, Beats, Sam Adams beer, Under Armour, Footlocker, and Ugg boots.

So how does this couple spend their money? Real estate, mostly. But they also live an incredibly healthy lifestyle and they do this by hiring private chefs, trainers, etc. Business Insider Video put together this clip that breaks down how Tom and Gisele spend their millions each year.

I kind of love how they make a point of mentioning that the Los Angeles mansion Tom and Gisele sold to Dr. Dre for $40 million has a chicken coop for fresh eggs. Did we need to know that? No. Do I enjoy the thought of a younger Tom Brady heading out back of his $40M mansion to retrieve fresh eggs in the morning? Yes, I do.

They previously owned a multi-million-dollar condo at One Madison which for a while was the most exclusive building in New York. They’ve since purchased a $20 million place in TriBeCa on the waterfront which seems much more their style.

So this private chef they’ve got keeps them on a diet of no sugar and no tomatoes, but why no tomatoes? Is there something I’m missing here with tomatoes? If I give up tomatoes will I drop weight and play in the NFL until I’m 50-years-old?

For a couple who have made hundreds of millions of dollars throughout their careers, it really doesn’t sound like Tom and Gisele are spending much of that money. I think they’re gearing up for one hell of a life in retirement.