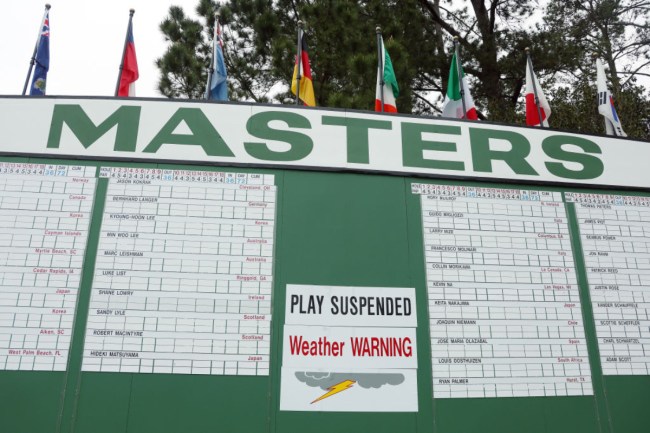 Weather plays a pivotal role during every golf tournament, but everyone pays extra close attention to the forecast during the week of a major. That especially rings true when the Masters rolls around each year.

The weather in Augusta, Georgia during the first full week of April can be all over the place. When Zach Johnson won the green jacket in 2007 we saw notable wind and very cold temperatures. Adam Scott sunk his winning putt in the 2013 Masters as rain fell over the hallowed grounds. You name it, we’ve seen it over the years at Augusta National.

They’re calling for cooler temperatures and some rather serious wind gusts during the tournament this week as well, but how does the weather actually impact the Masters?

We talked with Kevin Roth, chief meteorologist for Rotogrinders who manages the site’s PGA Weather page, for some insight.

How Weather Will Impact The 2022 Masters

Any big misconceptions out there about how weather impacts golf in general?

A wet course is a slow course and it makes for easier putting and approach shots, so a light rain can lead to some of the lowest scores you’ll see.

What kind of weather can we expect at The Masters this year, will rain play a factor?

It’ll be a dry Masters tournament this year. The only rain in the forecast is overnight Wednesday into very early Thursday (before the tournament starts), which could help early Thursday golfers get a damp and slower course… but we won’t have any rain during play.

The main weather issue this year is going to be gusty winds in the afternoons.

You mentioned wind, it looks like that could be an issue Friday. How much of an impact is that going to have?

By Friday afternoon we should see sustained winds a bit over 15mph with gusts around 25mph. That’s not gale force or anything, but it’s not ideal conditions either.

Each day of the tournament, Thursday through Sunday, will all have a similar pattern of lighter winds in the morning and gustier winds in the afternoon making things a bit tough on those with later tee times.

How do you think this will impact betting? What should bettors look for in early rounds or be mindful of in thinking about outcomes?

For betting or fantasy sports purposes there’s not much you can do to avoid those afternoon winds in the early rounds, because even if you pick golfers with a Friday morning tee-time to avoid peak winds on Friday afternoon, those same golfers get locked into Thursday afternoon, which has similar (though not quite as gusty) winds.

As we get into the weekend you can start targeting early morning golfers to make a push up the leaderboard, those AM golfers will have more favorable conditions than the afternoon wave.