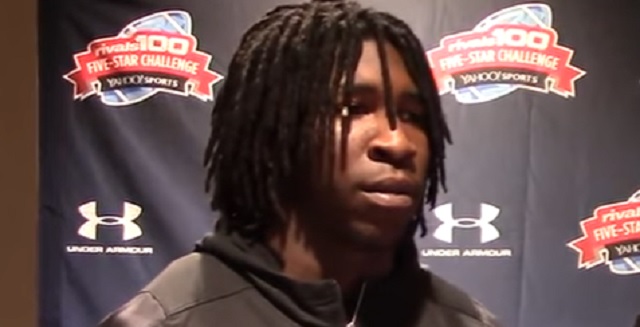 Last week, four-star wide receiver prospect James Robinson from Lakeland, Florida was cited for marijuana possession after visiting Ohio State. After the news broke of his run in with the law, Robinson took to Twitter to snitch on OSU players for doing “so much drugs”.

Robinson eventually apologized to OSU players for his tweet.

Want to apologize about my comment I made about OSU players I let my emotions get to me.

I want to apologize for embarrassing myself, family, teammates, school community and those that support me

Update: Robinson will be playing for Florida next season.