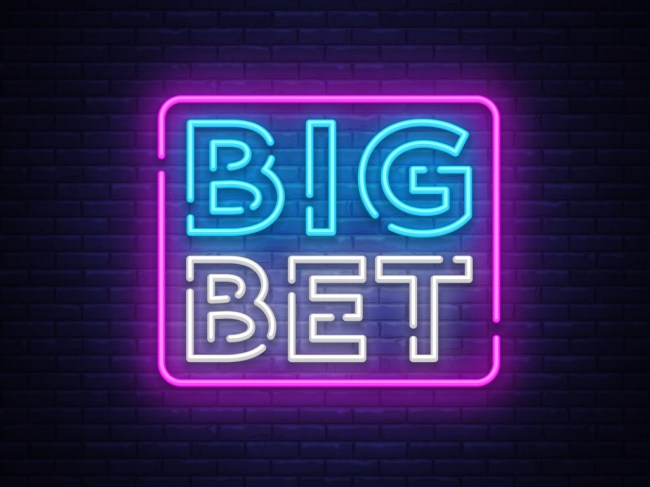 I’ll be the first to admit that I’m not a great bettor. It’s not that I have terrible choice in picks, I’m actually pretty good at nailing 4 out of 5 picks in sports like the NHL, MLB, or Premier League, I just can’t bring myself to bet on individual games because I’m a sucker for the compounding odds in a parlay.

Those parlays inevitably fall apart because as I mentioned, I’m pretty good at nailing the majority of the bets but there’s almost always one that gets away from me. However, I did have a good Saturday night. I went to the Tampa Bay Lightning game and watched my Bolts beat the reigning Stanley Cup champs, the Washington Capitals, and I hit a 4-team hockey parlay along the way and the night ended up being free because of that.

When it comes to sports betting I just don’t have the patience or the interest in throwing a ton of money on a sure thing to win peanuts. That’s not fun for me. And that’s also why I’d be terrible as a professional gambler. This guy? He’s probably not very fun at parties, but he recognizes a safe bet when he sees one.

The gambler placed a $67,000 bet at the Westgate Sports Book in Las Vegas this season on the Golden State Warriors to make the NBA Playoffs. The payout? $670 on his $67,000 bet.

The Warriors are minus 200 favorites to claim their third consecutive NBA crown and fourth in five years. And Westgate sports book manager and oddsmaker Jeff Sherman predicts a three-peat.

“I fully expect to see what we’ve seen the last few years,” Sherman said. “Houston took a step back when it lost (Luc Mbah) a Moute and (Trevor) Ariza on defense and the fact that Golden State added (DeMarcus) Cousins for nothing. He can be postseason help if he’s even needed. (via)

Before the start of the 2018/2019 season, the Warriors were -200 to win the 2018/2019 NBA Championship which would’ve paid out a fuck ton better than the $670 he made on the Warriors making the playoffs. Currently, the Warriors are the only team in the West to have clinched a spot in the Playoffs while the Bucks, Raptors, and 76ers have all locked up playoffs spots in the East already.