Los Angeles Angeles outfielder Mike Trout is only 29-years-old but some people already claim he is the greatest of all time aka ‘the G.O.A.T.’ Former 4x MLB All-Star and 2x World Series champion Hunter Pence is one of those people who believe that Mike Trout is the current G.O.A.T. of the game. Just hit play on that video above for the clip!

Hunter Pence makes a pretty convincing argument here on why Mike Trout is in a category by himself. Meaning when we are comparing the best baseball players in the game right now we compare Mike Trout to Mike Trout and everyone else to everyone else. He’s as elite as it gets.

This clip above is the latest from Whistle’s ‘Players’ Breakdown’ series. They have produced some awesome baseball content in recent weeks. I loved this feature on top baseball prospect Chase Petty who is only 17-years-old but throws GAS at 100 MPH.

An interesting takeaway I had from hearing Hunter Pence talk about Trout is how it sounds like a cat person talking about their cat. There’s the old saying that ‘the nicest thing you can say about a cat is that it’s just like a dog‘.

In a similar vein, Hunter said “he’s speed. He’s power. He’s defense. Honestly, I don’t think he looks like a baseball player. I think he looks like a football player that can play baseball.” That’s a pretty roundabout way of saying that athleticism is extremely important in baseball and not enough people acknowledge it but it’s also like a cat person saying their cat’s chill like a dog.

Through 36 games this season, Mike Trout is batting .333 with 8 HRs and 39 hits. Trout is #2 on the WAR (Wins Above Replacement) list of active players, only behind Albert Pujols.

Over the past 11 years, Trout has been named AL MVP three times, AL Player of the Month 5x, 5-time Silver Slugger, and he’s racked up countless other awards. But really, what we should be focusing on here is that Hunter Pence lays out a truly convincing argument on why Mike’s playing in a league of his own.

Unfortunately for Trout, he’s not getting nearly enough help from his teammates and there’s no end in sight to that. I saw this tweet the other day about the Angels and I had to throw it up on the BroBible Instagram. It perfectly captures how non-Angels fans feel about that team and Mike Trout:

Make sure to hit play on that Whistle video above with Hunter Pence. I didn’t want to give away too much by transcribing it or breaking down his argument because it means more coming from the 2x World Series champion. And be sure to subscribe to Whistle on YouTube for more clips like this. 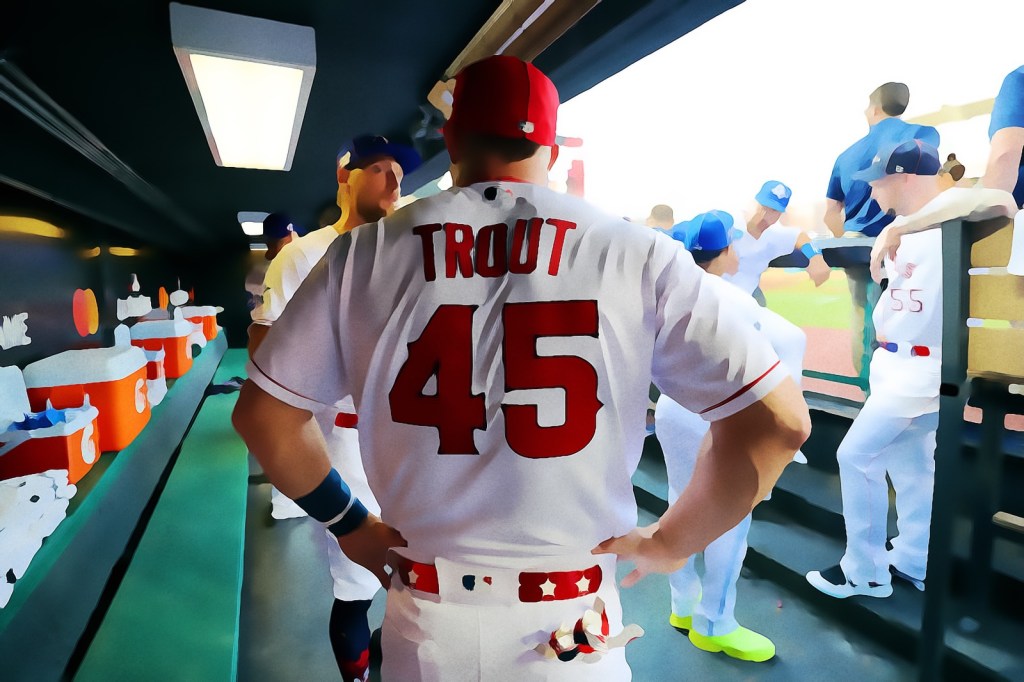