Chase Petty is poised to be the next big star in baseball. He’s a 17-year-old right-handed pitcher from Somers Point, New Jersey who throws ABSOLUTE HEAT. As a freshman in high school, Chase was already throwing 85 to 87 MPH and would top out at 88 mph.

He is one of the most highly touted prospects in all of baseball and with the rigorous guidance from Clean Fuego Elite Baseball training he’s now throwing over 100 MPH before his 18th birthday. Chase very well could be the next superstar pitcher in baseball. The best pitchers in the major leagues right now are all aging and fans are starting to wonder what the next generation of gas-throwing pitchers is going to look like and Chase could be the face of that generation.

In this ‘No Days Off’ clip from Whistle Sports, Chase breaks down what his intense training schedule looks like week after week and it’s pretty obvious that this kid has found what works for him and what works is basically identifying anything that he needs to work on and hammering that until it’s part of his daily routine and it’s no longer an aspect of his game that he needs to work on. By facing his weaknesses head-on, he’s constantly improving:

“My biggest strength as a person that’s really gotten me to where I am now is my mentality through everything. If you have the mentality that you’re going to be the best at what you do and you work towards that it’s going to happen eventually.

These ‘No Days Off’ clips are great because they humanize athletes in a way that hasn’t been possible before. Sure, we get to follow athletes by the millions on Instagram but they’re really only showing us what they want us to see on social media. In ‘No Day Off’, we get a look at how the sauce is made behind the scenes.

This one’s great too because we get the perspective of his trainer who’s able to say the things that 17-year-old Chase might never say. His trainer isn’t at all bashful about discussing how Chase is the best player on the field no matter what the situation might be:

He’s a guy, you give him gloves and cleats he’s automatically the best player on the field no matter what. We’re super nitpicky on his throw and just making sure he doesn’t develop bad habits day in and day out. A lot of times for him you have to pull the brakes back on him and I feel like most times with a guy this talented it’s kind of the opposite, you kind of need to push them a bit to go out and take risks.”

I’ve always been semi-athletic but never someone who knew what it felt like to be the absolute best in the game no matter the circumstances. That has to be EXHAUSTING with the pressure constantly on your shoulders. As for what drove Chase to seek out elite training, here’s his explanation:

We’re still perfecting things. Nothing will ever be perfect. But just cleaning up and making everything so much better that’s when I really realized where my potential possibly could be.”

If you enjoyed this feature on Chase and other ‘No Days Off’ clips from Whistle Sports then you’re in luck because it sounds like we’re all in store for a steady stream of awesome clips to come:

“Our goal is to continue developing content formats where we can highlight the best up and coming prospects across all sports. With MLB back in season, we’re super excited to profile Chase Petty, one of the top baseball prospects in the nation that our audience will hopefully be watching for years to come.” – Dashiell Desloovere, VP Content Strategy + Programming

The advance scouting report on Chase indicates that he has everything necessary to become a star in Major League Baseball but he’ll need to take some command of his Shangeup and Slider to help out the effectiveness of his Fastball. It seems VERY likely that he’ll be a first round draft pick in the 2021 MLB Draft which starts on July 11th. 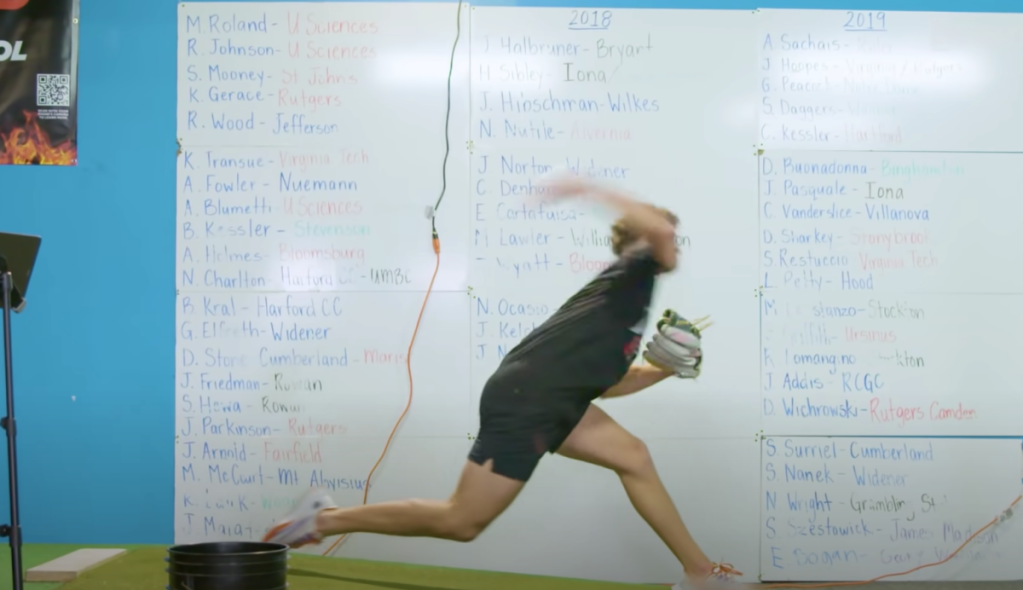