In Honor Of Vince Carter’s 40th Birthday, Let’s Revisit The Greatest Dunk Ever Caught On Camera 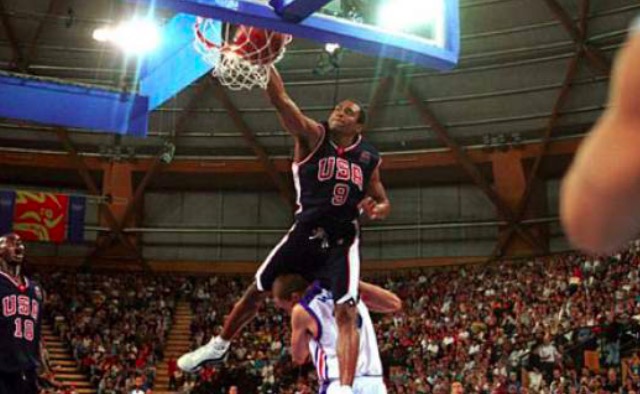 Vince Carter aka “Vinsanity” aka “Air Canada” aka”Half-Man, Half-Amazing” turns 40 years old today. The former 5th overall pick in the 1998 NBA Draft has had a long, illustrious career, securing a spot on the All-Star team eight times, winning the Slam Dunk Contest back in 2000, and as recently as last year being named the NBA Teammate of the Year for the Memphis Grizzlies.

Although some may argue that Carter left some potential on the table, the North Carolina alum still had a remarkable career and maybe more importantly, put asses in the seats. Carter still holds the record for most three-point field goals made in one half, 8, against the 76ers in the Eastern Conference semis back in 2001. Vinsanity also holds several New Jersey Nets franchise records including most points scored in one season (2,070), and most consecutive 20 or more point games (23).

In honor of Air Canada’s 40th bday, let’s revisit the greatest dunk of all-time. Before YouTube, Instagram, or Twitter, Carter’s dunk over 7’2” French center Frederic Weis in the 2000 Sydney Games resonated throughout the entire world. To this day, the French refer to it as “le dunk de la morte” (the dunk of death).

Weis, who owns a tobacco shop and is an analyst for French league games, said 15 years after the dunk:

“[Carter] deserved to make history. Sadly for me, I was on the video, too. I learned people can fly.”