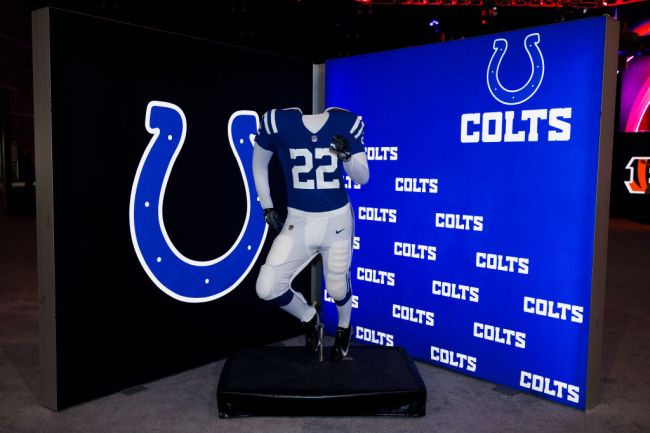 The Indianapolis Colts have had a busy month at the quarterback position. First they offloaded Carson Wentz after spending months blaming him for their failure to make the playoffs. Then they quickly replaced him by trading for Matt Ryan.

After that pair of big moves and with no 1st round pick this season, it was assumed that would be it for the Colts at QB for a little while. It turns out that may not be the case.

According to Ian Rapoport, the Colts have a visit scheduled with one of the draft’s top prospects at quarterback. Next week, they’ll meet with Malik Willis.

From NFL Now: Among the visits coming up for Liberty QB Malik Willis are the #Falcons, #Panthers and #Colts — all next week. pic.twitter.com/qEYhpJBykb

If the Colts are going to have any hope of landing Willis, it would require a massive trade from them. Willis could go as high as pick 6 to the Panthers if nobody trades in front of them and wouldn’t make it past the Steelers at 20. The Colts don’t pick until 42.

To move high enough to get Willis, the Colts would likely have to trade at least that 42nd pick, a first rounder next year, and another premium pick.

That would be a hefty investment for a team that already has a quarterback they are committed to for the next two seasons. However, that does present an interesting opportunity. The Colts drafting Willis would give him a chance to develop for a couple of years while being mentored by a QB who has won an MVP.

It would be very surprising to actually see the Colts invest even more in the quarterback position this offseason after how much they’ve spent on Ryan and Wentz, but if they do, Willis could be an interesting fit for the team.