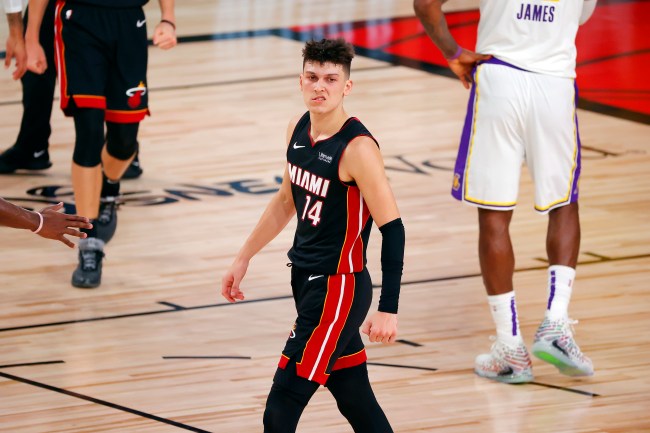 Miami Heat guard Tyler Herro has turned into a star while inside the bubble. Earlier this week, Herro went viral when he snarled at the LA Lakers during the NBA finals in the Heat’s game 3 win.

i took "Jimmy's confidence is contagious" narratives half serious until i witnessed the first 6-18 snarl in NBA history tonight by a 20-year-old rookie. pic.twitter.com/C6ZlhF70Jc

Unfortunately for Herro, the increased exposure means that people are going to attempt to gain clout from their interactions with him. On Tuesday, an Instagram model by the name of Brooke Lewiss posted a screenshot in which she claims Herro tried to hit her up in her IG DMs despite the fact that he has a famous girlfriend in Katya Elise Henry. 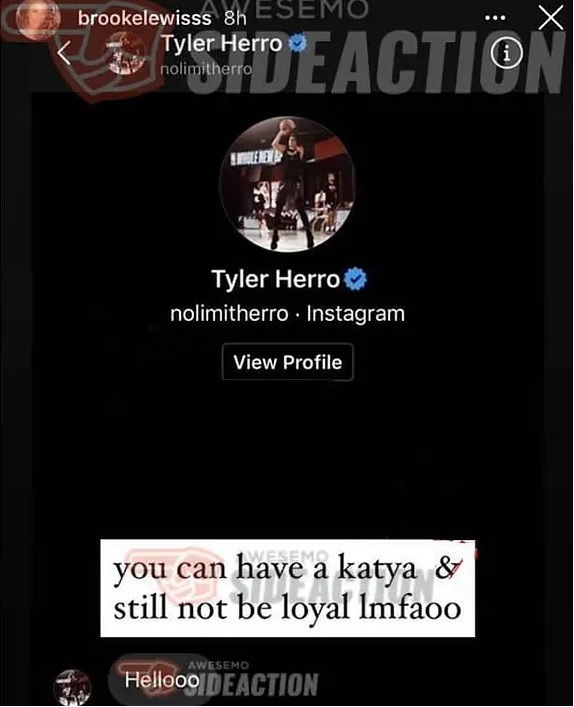 Hopefully, the IG model’s DM revelation doesn’t cause any friction between Tyler and Katya because they seemed to be having a great time inside the bubble.

Herro got Katya in the bubble, no wonder they won pic.twitter.com/doEehZT70n