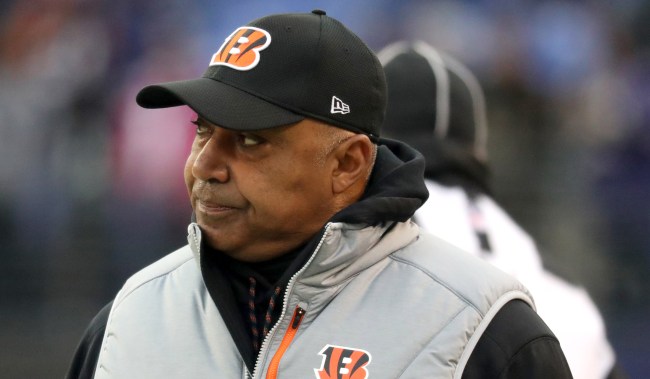 After 27 years, including 16 long years as the head coach of the Cincinnati Bengals, Marvin Lewis for the first time since 1992 is not employed by a franchise in the National Football League.

Which is why he was available to jump into the broadcasting booth for the fledgling Alliance of American Football on the league’s opening weekend.

Well, “jump” may not be the best way to describe Marvin Lewis’ broadcasting debut… it was actually more like a slow crawl. A long, slow, sleep-inducing crawl. At least according to many of the viewers who tuned in to the final AAF game of the weekend, the Salt Lake Stallions vs. the Arizona Hotshots.

“Unfortunately this season, I had to experience one of those sparks a couple times up the state from me a little bit in Baker Mayfield and this kid reminds you a lot of Baker Mayfield,” Lewis said about Arizona quarterback John Wolford in the highlight of his broadcasting debut. “I guess that’s why I’m here.”

If the 60-year-old Lewis looks less than enthused in that photo, just wait until you hear what he sounded like during the game. Hope you have a pillow handy because you are about… to get… sleepy…

Former Arizona State DT Will Sutton gets the sack! pic.twitter.com/Y4bqC8KvBW

Marvin Lewis is color commentating like he got the news that his dog died right before the first play. :/

This is the level of enthusiasm that Marvin Lewis brings to the @TheAAF booth. #AAF pic.twitter.com/LjBZm9BhKz

Man, where’s Jason Witten when you need him?

@TheAAF Haven’t made up my mind about the quality of football yet, but I’m ready to declare that Marvin Lewis is human Xanax.

If Marvin Lewis coached the Bengals way he commentates this game, there's no wonder they were average for so long. zzzzzzzzzzz

Marvin Lewis brings the energy you'd expect from a head coach who never won a playoff game in 16 years.

On the plus side…

Marvin Lewis said more in 3 hours tonight then he did in 16 years in Cincinnati.