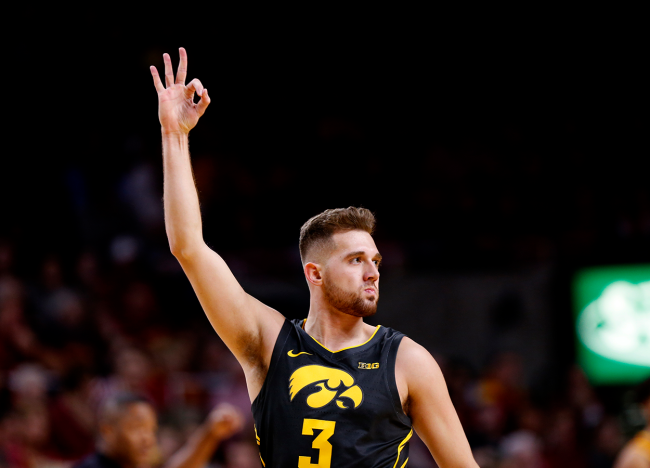 Super redshirt senior Jordan Bohannon began his first day of classes at the University of Iowa on Monday, August 22, 2016. Now, at 24 years old, the 6-foot-1, 175-pound point guard is one game into his sixth year with the basketball team.

Bohannon, who is amongst the oldest player in college hoops this year, is a crucial component to the Hawkeyes program. However, he has been there quite some time.

During what was his true senior year, Bohannon had season-ending surgery and received a medial redshirt. And then, because of the COVID-19 pandemic, he took advantage of a blanket waiver from the NCAA that allowed all athletes to receive an additional year of eligibility.

Thus, when Bohannon took the court for Iowa’s 2021/22 season opener on Tuesday, people were shocked to see him on the court. Knowing full well that its viewers would be surprised by his presence, the Big Ten Network displayed an incredible graphic.

As the camera cut to Bohannon, a bottom banner shared the fact that his career in Iowa City has spanned three presidential administrations. 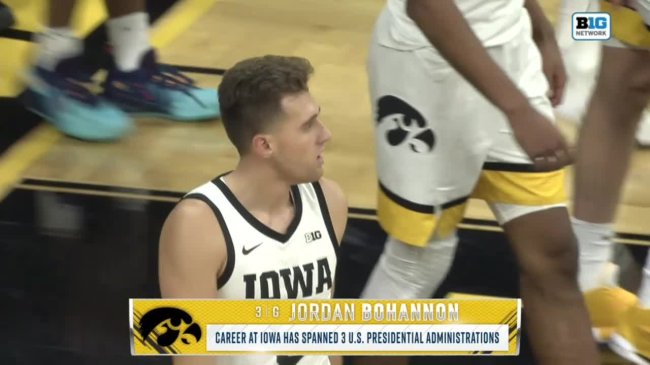 When Bohannon arrived at Iowa, President Obama was in office. During his next four seasons, President Trump was in Washington. And now, as a senior, President Biden is the head of state.

To make the age gap even crazier, get this —

Bohannon was born in 1997. Memphis’ Emoni Bates was born in 2004. They both play college basketball.

Viewers at home were absolutely baffled to see Bohannon on the court and reacted accordingly.

You think Jordan Bohannon would buy for us after the game? pic.twitter.com/HXyj0q5u1W

Jordan Bohannon still at Iowa, because it is somehow 2018 still in my poor little brain.

Gonna b weird next year with no Jordan Bohannon. Is he eligible for a 27rh season?

How is Jordan Bohannon still in college?

How the fuck is Jordan Bohannon still at Iowa?!

How is Jordan Bohannon still at Iowa?

Pretty sure Jordan Bohannon has been at Iowa for about 70 years now. #BigTenBball

Even at 54 years old, Bohannon dropped 18 points in 17 minutes during Iowa’s season opener. He will be a crucial piece to the Hawkeyes’ success this season without Luka Garza.