The Internet Reacts To Controversial Scorecard In Canelo Alvarez-GGG Fight 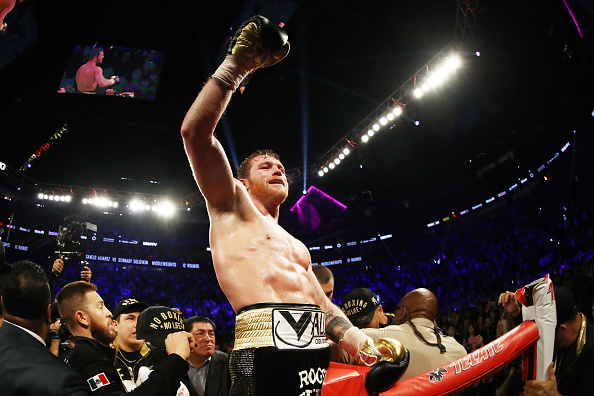 Tonight, Canelo Alvarez and Gennady Golovkin went the distance in their second fight in a year. The scorecard was once again a source of controversy as two judges gave Canelo Alvarez the win while another thought the fight was a draw.

The infamous scorecard.. Actually 2 judges gave Canelo the 12th… GGG would have needed a KO or knockdown to win, best he could have done was a draw by the 12th pic.twitter.com/UuieLulaZE

After the fight, Alvarez told the crowd that he was open to another fight if the people wanted it.

My corner told me to close the round because it was a very close fight, and that’s what I did,” Alvarez said. “He was connecting some punches but they were few and far between.

“If the people want another fight, then we’ll do it. But for now I’m going to enjoy it.”

While many thought the score was fair there was a strong contingent of fans that believed GGG was robbed for a second time.

That was the best boxing fight I’ve watched in a long time and I thought I was back in on boxing. Then we get the result. No sport stands in its own way like boxing

First match, GGG was actually robbed.
Second fight, really close but GGG just on top but a draw wouldn't have been outrageous.

I have not seen an ex pro-commentator card saying Canelo took that. 90% of my timeline/TV is saying draw/GGG.#CaneloGGG2

Only @Canelo can get caught cheating twice and still have GGG robbed twice. You ain’t the champ

To give Canelo the decision tonight you basically have to believe GGG won one round or less through 6, because from 7-12 GGG beat the brakes off him. Absolute clown show

Of course Canelo fans thought he did enough to pull off the win.

Great fight and I think the right man won but very close.
And @Canelo boxing skills are just next level 🔥🔥

Canelo won because of this and because he was on the front foot the whole time pic.twitter.com/VoeUKBRass