Iowa Guard Jordan Bohannon Made A Huge Statement About The Usage Of Name, Image, And Likeness 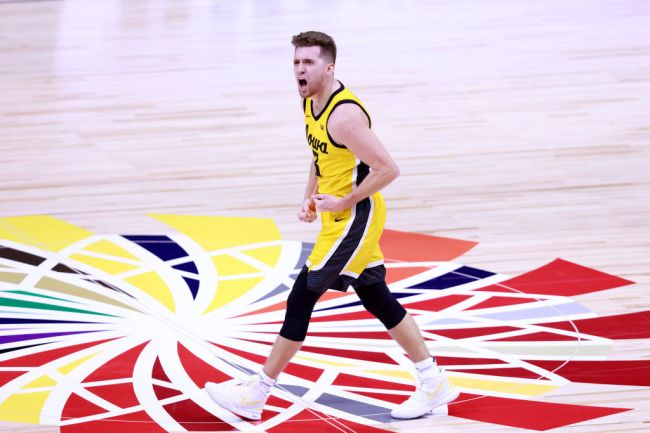 The NCAA has bound its constituents to amateurism under the term “student-athlete” since the 1950s and Jordan Bohannon has had enough. It is purposefully equivocal term that was created to imply that they are neither students playing a sport, nor a sportsman at work. As athletes, they are held to the same academic standards of their peers, but as students, they cannot be compensated beyond their cost of studies and livelihood.

Conversation surrounding the inability to profit off of one’s own name has been amplified throughout the NCAA Tournament, as players advocate for Name, Image and Likeness. NIL, essentially, means that you own the rights to yourself and can make money from things like selling shoes to endorsements— which is currently against NCAA bylaws. Bohannon has been one of the loudest voices to ramp up their demands for the NCAA by utilizing the #NotNCAAProperty movement.

There are a few states that have proposed a bill that would allow athletes to profit from their Name, Image and Likeness. Iowa is one of those states, and the Hawkeyes’ fifth-year senior guard made a big statement about his future on Tuesday. The state’s final day to vote of the bill is Thursday, and if it passes, Bohannon will take advantage of an additional year of eligibility that was granted to all winter sport athletes due to COVID-19 and return to school. If it does not, he may not.

If you were in his shoes, would you return to school for free, or head to a professional career and be compensated properly for your talent? Bohannon isn’t sure, but his statement makes it clear what needs to get done.

He is one of only four Division I players since the 1992-93 season to record more than 600 assists and 350 three-pointers in his career, so it would be a big boost to Iowa if he chose to stay. Perhaps the Hawkeye fans in the state’s government will make it happen after seeing Bohannon’s looming decision.

If the bill dies, which it looks like it will, it would be a very disappointing result for the athletes. Michigan, California, Florida, New Jersey, Colorado and Nebraska have passed a law that protects the rights of student-athletes to be paid for the commercial use of their Name, Image, and Likeness rights, but there is still a long way to go.