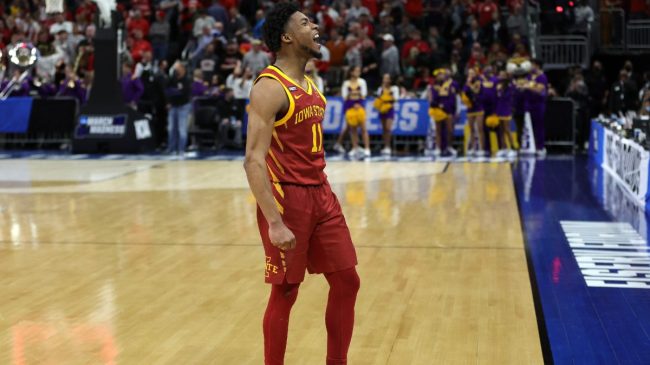 Last season was one to forget if you’re an Iowa State basketball fan.

The Cyclones went just 2-22 in the regular season, going winless with an 0-18 mark in Big XII action. It was the program’s lowest win total since going 2-15 way back in 1925, and their first winless conference season since 1937.

The 2020-21 campaign was the team’s least successful in terms of win percentage, ever.

But if you’re watching this year’s Cyclone squad in the NCAA Tournament, you’d find yourself doubting the struggles of last season.

This year, Iowa State won 20 games in arguably the nation’s toughest conference. At one point in the year, they were ranked as high as No. 8 in the polls. They posted huge wins over NCAA Tournament teams in Creighton, Memphis, Iowa, Texas Tech, TCU, and Texas.

This after firing their head coach and having to install a new scheme.

By my math Iowa State just made history. From 2 wins to 21 wins. No program in CBB history has more than a 19-game improvement year over year.

From 0-19 in Big 12 games to an NCAA Tourney win. Incredible coaching job by TJ Otz! pic.twitter.com/foX9NqdnvO

The story of this impressive turnaround has caused reaction on social media. And Iowa State will have another chance on Sunday to keep adding to that win total.

As of now, the mark sits at a 19-win difference from last year’s total. With a win over Wisconsin today, that will move to 20 wins and the Cyclones will be on their way to the Sweet 16.

Making things even more impressive is the fact that head coach TJ Otzelberger is doing this in season one at Iowa State. He inherited a team that was picked to finish last in the Big XII.

Take a look at the reaction on Twitter below.

TJ Otzelberger inherited a team that was 2-22 and now has the Cyclones one win away from the Sweet 16.

The Tigers are one and done after losing their head coach last week.@stoolbenchmob

155 days ago, Iowa State was unanimously picked to finish last in the nation's toughest conference.

Today, they are a 20-win team playing in the NCAA Tournament. Through the ups and downs this season, it's easy to forget the improbability of today's situation.

Iowa State was picked LAST in the Big 12 Preseason Poll.

Iowa State won two games a year ago man think about THAT pic.twitter.com/TGuqBfylH5

We’ll see if the Cyclones can survive the weekend and advance to the Sweet 16. Their matchup with No. 3 seed Wisconsin starts at 6:10 PM.