Is Patrick Reed Really The Biggest Asshole In Golf Like A Recent Report Suggests? A PGA Tour Caddy Weighs In 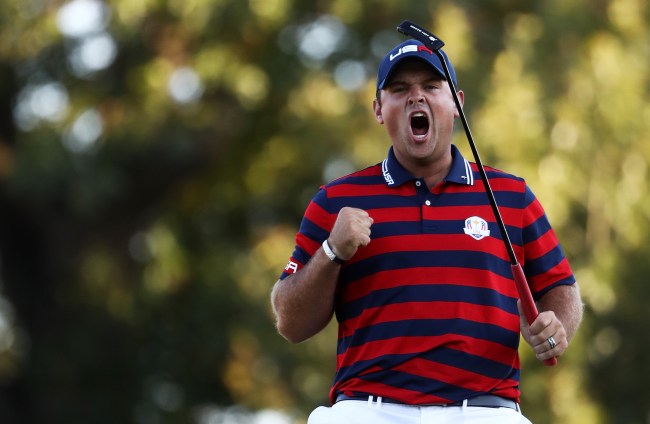 Author Shane Ryan spent the better part of last year following the PGA Tour from town to town trying to gain knowledge about the PGA’s best young players. Last week, Ryan shined the light on PGA Tour Player Patrick Reed’s checkered past by sharing a selected portion of his upcoming book, Slaying the Tiger: How Golf’s Young Guns Took Over the Sport.

The report suggested that Reed not only cheated on the golf course in college, but he is also suspected to have stole some cash and a watch from his teammates. These are serious accusations to say the least.

I, for one, can’t wait to read the entire book. If it’s anything on the level of exposition discussed in his article, it will have some serious shock value and hopefully will say what the rest of us really can’t put into words. “The PGA Tour is some fucked up shit”.

I remember the first time I met Patrick Reed. Well, I actually saw him. I can’t really say “met” because he wasn’t even cordial enough to make small talk. It was at the 2012 PGA Tour Qualifying School in Palm Springs, CA. His reputation and game preceded him. That year he Monday qualified for 8 tournaments, which is the tour record. I was astounded at how well he had played with such an unorthodox and quite frankly, ugly swing. I also found it very strange that at the highest level, he had his 22 year old wife (who knew nothing about golf) caddy for him. And while I can’t throw stones at hiring family, I still question why you would want someone with no experience guiding you through your job like that.

Soon enough I would realize that maybe his wife caddied for him because no one else could stand being in his company?

Playing practice rounds with strangers is common place on the Tour. It’s mainly done so that everyone can get their round over with so there aren’t a bunch of singles taking up the whole golf course. While we were trying to get a quick 9 before sundown in during one of the practice rounds, we asked Reed if he minded if we join him to save time and make room for the rest of everyone else behind us.

“Yeah bro, the rest of us are too. We’re not trying to get in your way, just making sure everyone gets 9 in”, we said back.

I can’t speak to the cheating or theft, but everything else that Ryan shared with us in his piece spot on. I’m glad an outsider got perspective and was able to broadcast it without prejudice to the casual sports fan. Patrick Reed is the T.O. of golf. He loves him some him. Everything he says should be taken with a grain of salt and Shane Ryan tells us exactly why.

Till next time hackers,