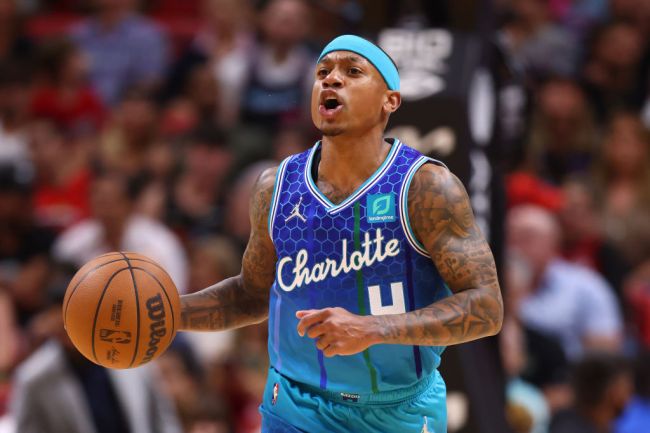 Isaiah Thomas has a complicated history with the Boston Celtics.

Thomas played the best seasons of his NBA career in Boston. His last season with the Celtics saw him finish 3rd in the league in scoring, averaging 28.9 points per game, and lead the team to an appearance in the Eastern Conference Finals.

Unfortunately, that season also had negative ramifications for the rest of his career. The 2016-17 NBA playoffs could not have been worse for Thomas. His sister died in a car accident during the first round of the playoffs. Thomas finished the series despite the family tragedy and returned from her funeral in time for round 2.

Thomas would struggle with injury for the rest of his career, never playing more than 40 games in a season again. Last season, Thomas said that the Celtics never told him what the potential ramifications of playing through the injury were.

Now, he’s seeing similarities between his situation and the situation of a current Boston Celtics player. Yesterday, it was reported that the Celtics had told Robert Williams that playing through his knee injury wouldn’t make the injury worse. Today, Thomas tweeted a response to the report.

Heard that before lol https://t.co/oxOEWdvRyT

Williams has been dealing with a knee injury throughout the Celtics playoff run. He has said that he is taking a risk playing through the injury and that he had to repeatedly have the knee drained during the Eastern Conference Finals.

Hopefully Williams playing through the injury doesn’t cause the same problems for the rest of his career that Thomas dealt with.