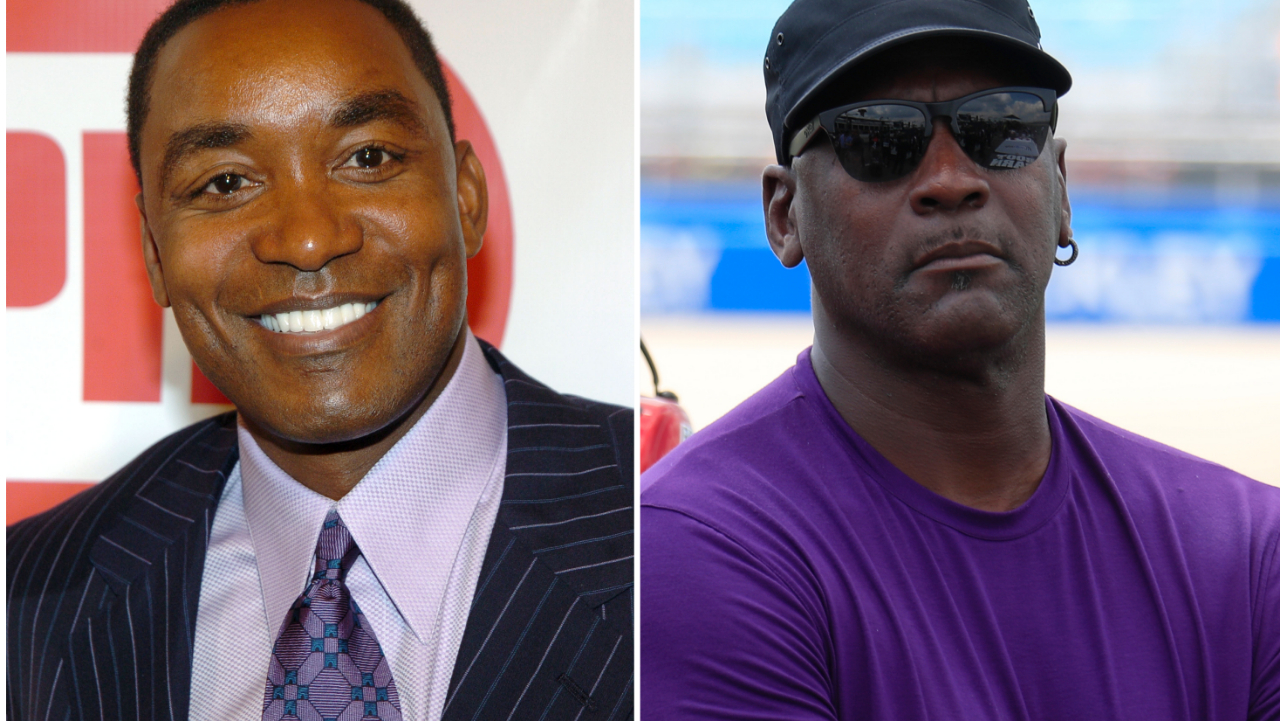 Isiah Thomas has a bone to pick with Michael Jordan.

Back in 1992, Jordan sat down with Playboy magazine and claimed that several players, including Thomas, refused to give him the ball during the 1985 All-Star game.

Via Playboy Magazine, transcribed by Ball is Life

Playboy: There are some differences you haven’t ironed out. What’s the story with you and Isiah Thomas and the alleged Jordan freeze-out at the 1985 N.B.A. All-Star game? Do you think they were really denying you the ball?
Jordan: If you go back and look at the film, you can see that Isiah was actually doing that. Once it started getting around that he was freezing me out, that’s when the ill feelings started to grow between us.

Playboy: There were some problems even before the game, weren’t there?
Jordan: That was my first All-Star game. I stayed in my room most of the time because I didn’t know what to do. None of my teammates were there. I didn’t want to be out in a situation that I wasn’t comfortable with. The one time I did go out, I got on an elevator with Isiah Thomas to go downstairs for a league meeting. That was the first time I met him. And I said, “Hello, how ya doin’?” That’s all I said. I was really intimidated because I didn’t know him and I didn’t want to get on his nerves. I didn’t want to seem like a rookie. You know, to just be so stupid. So I was quiet. I stayed in the corner. When I went down in the room for the meeting, I still didn’t say anything. After the weekend was over, it got back to me that I was arrogant and cocky and I wouldn’t even speak to Isiah on the elevator, that I gave him the cold shoulder. And I’m saying Isiah Thomas initiated it all.

Jordan’s interview with Playboy Magazine resurfaced on Twitter this week, leading to Thomas calling out his former rival for lying about the origins of their beef.

Stop lying this story is not factual or accurate, tell the truth man. Dr.J, Moses Malone, Larry Bird, Sidney Moncrief and I did not freeze you out. If memory serves me correct I was injured most of the second half and Bird had a broken nose. Magic and Sampson dominated the game. https://t.co/B000xZ2VGO

The beef between Thomas and Jordan returned to the spotlight during the airing of ESPN’s The Last Dance a few years ago when Jordan straight-up called Thomas an “a-hole.”

Michael Jordan on Isiah Thomas: "You can show me anything you want. There's no way you're not going to convince me he wasn't an asshole."

It’s safe to say that these two will not be ending their beef anytime soon.