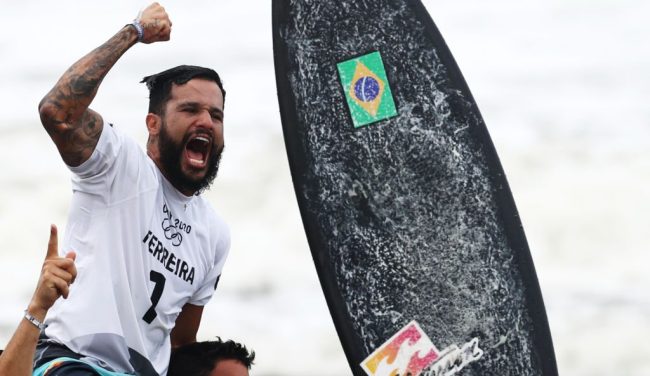 Italo Ferreira grew up poor as the son of a fisherman in Brazil. Now he’s an Olympic gold medalist.

Growing up and rising to the top.

The 27-year-old didn’t have much growing up in the small village of Baía Formosa. His father wandered the beach and bought the fish of local fishermen, then selling the fish to restaurants.

He couldn’t afford anything beyond life’s necessities.

As a result of his upbringing, Ferreira learned how to surf on the lid of a styrofoam cooler where his dad stored fish. Think about that for a second.

Ferreira was ripping barrels off of the coast of Brazil on one of these as a little kid: 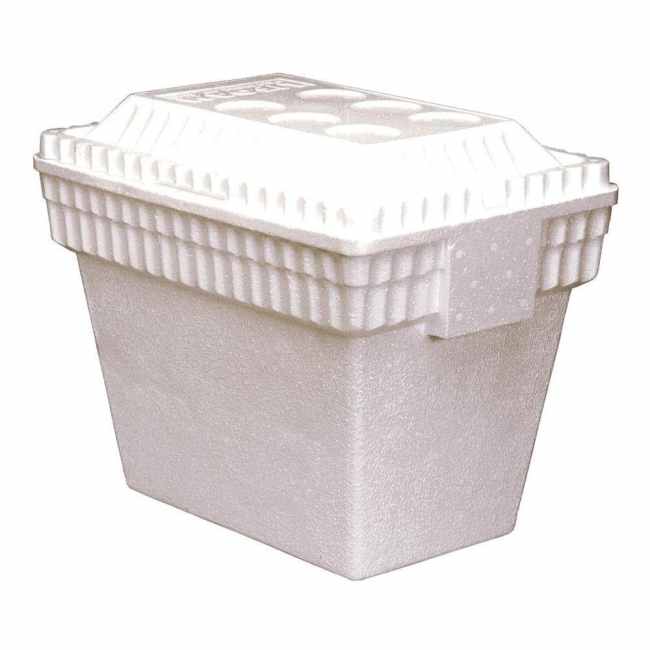 Despite his clear equipment disadvantage, Ferreira got quite good at the sport. His rise to superstardom came quickly and the rest is history.

Ferreira was named the World Surfing League’s Rookie of the Year in 2015, won three events in 2018, won two events in 2019 and went on to be crowned the world champion that year.

After his impressive 2019 season, Ferreira was expected to qualify for the first-ever surfing competition at the Olympic Games. However, a passport thief nearly ruined his chances.

The 2019 ISA World Surfing Games was also the Olympic qualifier and was held in Japan from Sept. 7-15, 2019. While he was in the United States ahead of the competition, Ferreira had his vehicle broken into on Sept. 8 and the thieves stole both his passport and visa to get into Japan.

He was able to get a new passport and visa, but he was already behind on his travel schedule and was cutting it really close. And then a freak typhoon hit that delayed the flight and the trip took an additional 18 hours.

Ferreira eventually landed on the ground in Japan, but his heat was already underway and the beach was still 10 minutes away from the airport. Still wearing his jean shorts for travel, Ferreira arrived with just over eight minutes left on the clock in his heat. He needed to make up a 12-point deficit.

Riding a borrowed surfboard (he didn’t have time to get his own), Ferreira closed the gap and advanced to the next round. It was dubbed the “Miracle Heat.”

Over the next few days, Ferreira went on to win the competition and locked in a spot for the 2020 Olympic Games.

The road to gold continued to twist and turn upon arrival in Tokyo. A tropical storm is rolling into the Japanese coast and organizers were forced to cram the quarterfinals, semifinals and finals all into one day.

Ferriera reached the finals and continued to encounter adversity.

Waters were choppy as a result of the impending weather and the whitewater was thrashing. Ferreria ended up breaking his board on the first ride when he landed violently on top of a meaty wave.

Brazil’s team was able to get Ferreira another board and he was fortunate that the board snapped early because he had to come back out onto the beach and lost precious time. Japan’s Kanoa Igarashi had the water to himself.

No stranger to making comebacks in concise time, Ferreira battled back to a 15.14-6.60 win.

Brazil's Italo Ferreira made history as the first Olympic gold medalist in men's surfing, and was carried out of the water by his team. #TokyoOlympics pic.twitter.com/8fACqFjmtS

After securing the first gold medal in Olympic surfing, Ferreira was emotional. You could see how much the win meant to him and his country as both he and the interviewer teared up.

Meanwhile, back in his hometown of Brazil, it was a party in the streets.

Celebrations in Italo Ferreira’s hometown at 4am local time after his historic win in the #surfing competition! 😍🇧🇷@icaroccarvalhopic.twitter.com/67CU54Dh99

It was a wild journey for Ferreira and it resulted in a well-deserved gold. Oh, and he did a backflip off of the podium. 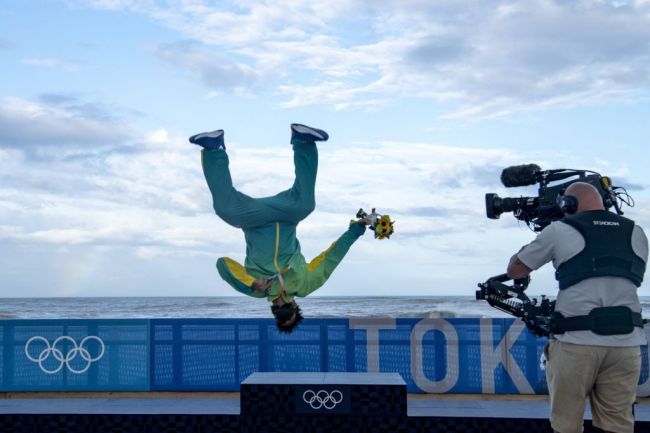 As if he couldn’t get any cooler.