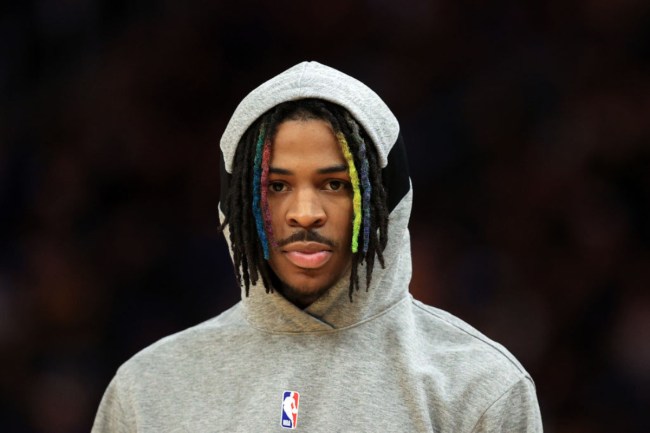 When Ja Morant exited Game 3 of the Memphis Grizzlies – Golden State Warriors series, many NBA fans feared the worst. The Grizzlies shared a medical update regarding Morant on Tuesday, and while the injury could have been worse, it’s terrible news for Memphis.

Morant underwent an MRI after sustaining the injury which revealed that he had suffered a bone bruise in his right knee. While he’s expected to make a full recovery, he’s “doubtful” for the remainder of the postseason.

The Grizzlies, down 3-1 in the series, host the Warriors on Wednesday night in a must-win Game 4.

Morant missed an extended period of time due to a right knee injury during the regular season as well.

Many Grizzlies fans questioned whether Warriors’ guard Jordan Poole pulling at Morant’s right knee during Game 3 caused the injury. With Memphis saying this is a bone bruise, and not some sort of tear, it’s hard to imagine Poole tugging on Morant’s knee was the cause.

Basketball fans shared reactions to the news that Morant is likely done for the remainder of the postseason:

Sports make me sad most of the time https://t.co/vI11nm9tkD pic.twitter.com/KrO1W15krY

Warriors are the luckiest franchise EVER https://t.co/yqGKH3XPpw

This is awful. Ja is sooooo good for hoops https://t.co/PsP7dsF0PJ

Not great, but better than anticipated. Hope Ja gets well soon, and gets to put on a healthy encore next season https://t.co/HeBJ5ZRTVS