Ja Morant, Other Grizzlies Call Out Andre Iguoadala For Refusing To Play For Memphis As Situation Gets Messier 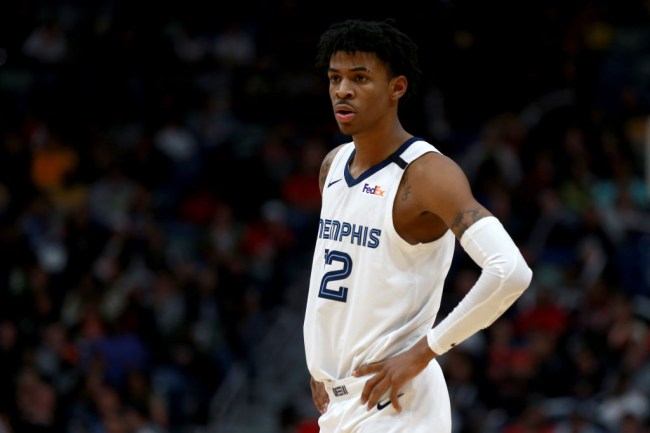 The Andre Iguodala situation in Memphis is just flat-out absurd. The Warriors sent the veteran and a protected first-round pick to the Grizzlies during the offseason to clear cap space and the two sides immediately put together some ‘arrangement’ allowing Iguodala to be paid over $17 million to simply work out wherever he wants and not be a part of the team in any way.

Iguodala hasn’t suited up for the Grizzlies one single time, he wasn’t even a part of the team’s media day at the start of the season. He very well could be collecting a check from Memphis all the while not stepping foot in the city since the trade.

As part of the ‘arrangement’, the Grizzlies are supposed to find a contender to trade Iguodala to before the NBA trade deadline, but with the trade deadline being February 6th at 3:00 PM EST, time is running out.

It’s a wild situation, for sure, but what’s made it even more unique is that the Grizzlies have turned into an extremely fun, and good, basketball team. Led by Ja Morant, Dillon Brooks, and Jaren Jackson Jr. this Memphis team finds itself in a playoff spot 50 games into the season, which nobody saw coming.

Despite the fact that the Grizzlies are turning heads, Iguodala still wants no part of them. It’s been reported he’d rather sit out the rest of the season than play for Memphis. What an attitude to have, especially from a 36-year-old that’s collecting a fat check from the franchise.

Per league sources, Andre Iguodala is prepared to sit out the rest of this season if Memphis isn’t able to orchestrate a trade with one of the agreed-upon teams he designated by Thursday’s trade deadline.

The Grizzlies have sat back long enough not mentioning anything about the veteran not wanting to play with them, but that all changed on Monday.

Brooks sounded off on Iguodala essentially saying he hopes he gets dealt just so this Memphis team can play against him.

Morant, along with De’Anthony Melton, clearly agree with Brooks’ message.

An injured Steph Curry, who’s Warriors are the worst team in the league at 12-39 on the year, had to chime in and defend his pal Iguodala as all of this was going down.

The Grizzlies are in a very interesting situation here as they completely control everything at hand. They really could play the ultimate villain and not trade Iguodala if they don’t get exactly what they’re after on the market. Again, they’ve been paying this guy millions of dollars to work out.

Iguodala will be a free agent following this season, too, but he clearly wants another shot at contending for a title as a 36-year-old.

Odds are the Grizzlies will lower their asking price for the vet and get him off the books by Thursday afternoon, but either way, this situation is certainly one-of-a-kind.