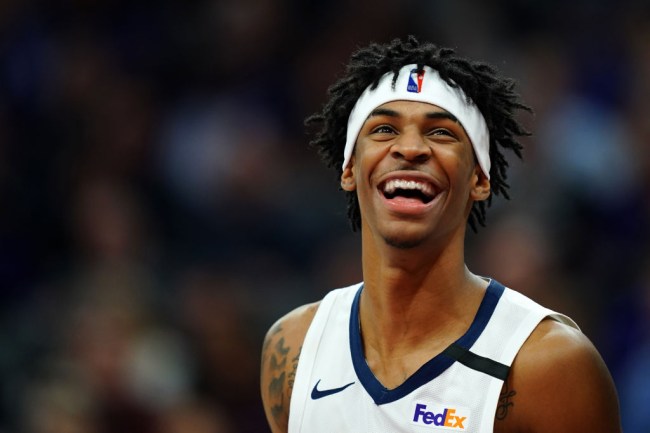 With the sports world put on pause at the moment, fans are getting an inside look at how some of their favorite athletes are passing the time as they’re stuck inside with no practices or games to take part in.

Maybe for some of the veterans around the NBA and those with kids, it’s a little easier to transition into full chill mode. Having a chance to get some quality time with the kids and binging some shows on Netflix during what would be the final stretch of the regular season is probably pretty nice for some of the guys, but maybe a bit harder for the younger guys around the league.

While I’m sure Ja Morant is enjoying some quality time with his daughter during this pause in the season, he made it very clear just how much he misses playing. The man is out here on TikTok in full uniform having someone introduce him into the living room like he’s about to take the court.

Morant was already the favorite to win Rookie of The Year this season, but if he keeps up this quality content creation during the hiatus there is no way you can’t give him the award. Sorry about it, Zion.

The former Murray State man has picked up the sticks and tried passing the time by playing some video games like most other guys around the league, but apparently, that hasn’t gone too well for him.