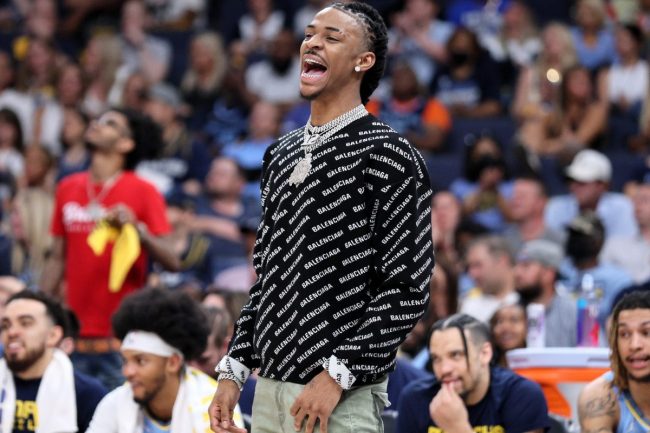 The guard was spotted hanging out in an Atlanta jewelry store, looking over some of the merchandise. He’s known for flashing his ice on the court, but as while gazing through the diamonds, he noticed a couple entering the building.

Morant made quite the impression on a pair, who happened to have recently gotten married. After learning that they were newlyweds, he quickly invited them over for a tequila shot.

Morant broke out the Casamigos, famously co-founded by Hollywood actor George Clooney. Only the best.

Right before throwing the shots back, Morant even admitted that he wants to get married one day.

The couple looked appreciative, but I’m not sure they knew who they were talking to. Both looked a little puzzled by the invite, but what a way to celebrate a marriage!

With Morant’s growing stardom, many on social media were quick to respond.

Many on Twitter responded to the video, which is now going viral. Some back that belief that the couple had no idea who they were chatting with.

Others laughed at Morant saying he wants to get married one day.

One day I hope I can get married 😂

And he threw that shot back with ease while also having a glass of Rose sitting beside him.

Morant seems to be enjoying the offseason.

He’ll enjoy it for a few months more before getting back to work. Morant and the Grizzlies are hoping to build on a season where they were a step away from the Conference Finals, as they look to land a championship in Memphis.