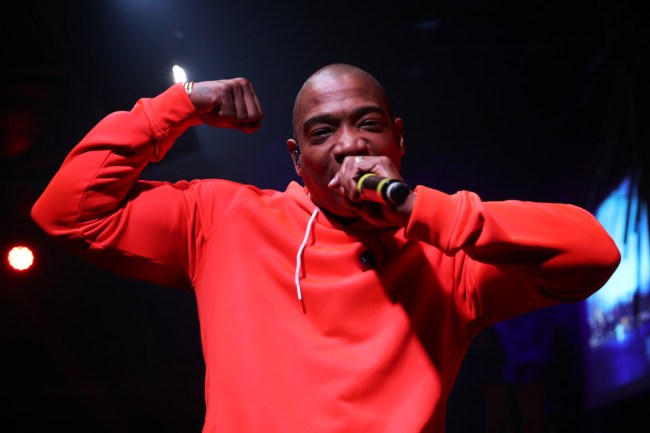 Rule, who has was booked for the team’s ’90s Night” got mocked by Twitter for his performance after he failed to grab the attention of Bucks fan’s in the crowd.

Even the team’s superstar Giannis Antetokounmpo didn’t seem to care about Ja’s performance because he started jacking up shots during the halftime show.

There’s a good 3.5 minutes left of halftime, Ja Rule is mid-song and Giannis is already out shooting. pic.twitter.com/sPoyVnpI7x

Of course Twitter had a field day with Ja’s terrible performance.

1. How is Ja Rule still relevant after Fyre Festival

2. You can’t not like Giannis. This dude is the definition of cool https://t.co/82cjPfN4dH

Ja took to Twitter to fire back at the criticism of his halftime show in Milwaukee.

Y’all really be on my dick… 😭 let’s be CLEAR my sound was fucked up at first and didn’t come on when it was supposed to but I rocked that bitch… thanks for the love Milwaukee!!! Great win my streak continues… lol

You just jinx yourself talking to the GOD this way… your CURSED NOW!!! You won’t win a championship for the next 30 years… AND KAT IS LEAVING!!! Apologize and I’ll lift the CURSE!!! 😘 kiss of death… https://t.co/RzUn4vKx2Y