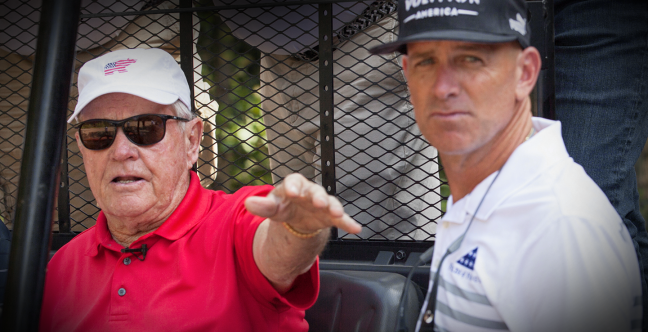 18-time major champion Jack Nicklaus has designed more than 400 golf courses on three continents, but his most recent is uniquely different and saw his typical $3 million design fee waived. Located just off of the coast of Lake Michigan in Grand Haven, Mich., the redesigned American Dunes Golf Club is the vision of Lt. Col. Dan Rooney. Rooney is an Air Force Fighter Pilot with three tours in Iraq, a PGA Professional, and the founder of Folds of Honor, an organization that gives scholarships to children and spouses of fallen or disabled service members.

The two teamed up to completely overhaul the former Grand Haven Golf Club with one specific thing in mind— patriotism. While the actual design itself is pretty incredible, with a joyride of twists and turns through natural sandy dunes, the experience is what makes the course so special. 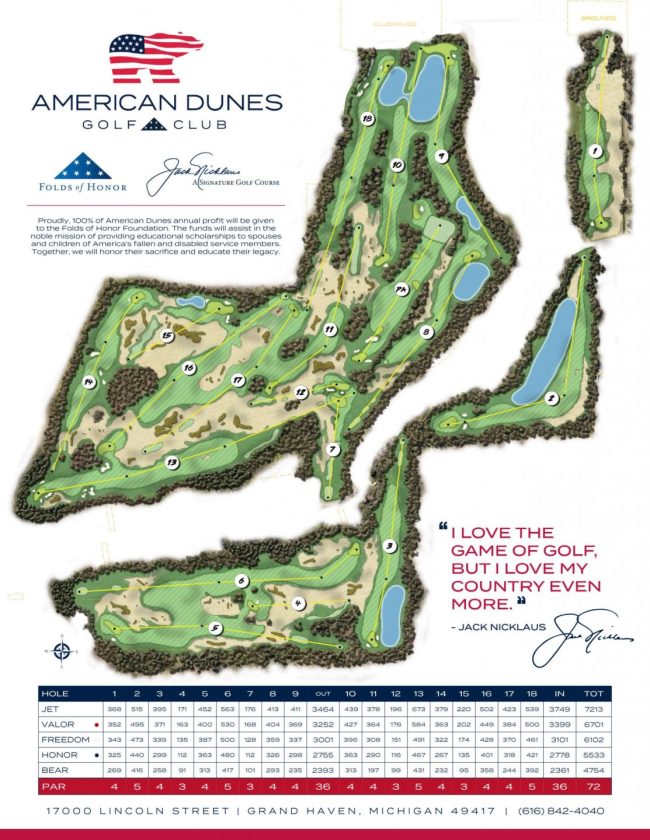 To reach the new clubhouse, players enter through a unique walkway lined with plaques that display the images and stories of soldiers who died in service, with their bootprints etched into the pavement. On the wall, a quote from Nicklaus reads, “I love the game of golf, but I love my country more,” alongside quoted scripture that aligns with Rooney’s faith. Photos of fighter planes and folded American flags (ie: Folds of Honor) throughout the walkway and a singular, giant flag towers over the concrete walls from next to the ninth fairway. At each step, you are reminded of the sacrifices that service members made for their country.

“You’ll actually walk in the bootprints of soldiers who have been killed in action whose families are Folds of Honor recipients,” Rooney said. “So incredibly powerful. This will be the most reverent entry experience in the world of golf, and people will really understand when you come to American Dunes why the place exists, and freedom is not free.”

Once on the course, each of the 18 holes features two plaques: one that honors each of The Golden Bear’s 18 major wins, and one that honors a story of a fallen service member. For example, on the second hole, you’ll find the memory of John Tipton, who was a captain in the U.S. Army and was killed in action at just 32 years old. His son, Austin, is one of the scholarship recipients from Folds of Honor.

If you happen to be playing the course during the day, at 1300 hours (1:00 p.m.), everything in and around the links will pause. “Taps” will be played, and a bell will ring 13 times to signify the 13 folds that it takes to fold the American Flag into its triangular shape. Between the 17th and 18th hole, a cross sits to further honor those who have fallen in action, where golfers are encouraged to leave nickels in the grass— a tradition of pilots at the gravesites of fallen soldiers. When the day is done, the clubhouse restaurant is set up as a fighter squadron bar. 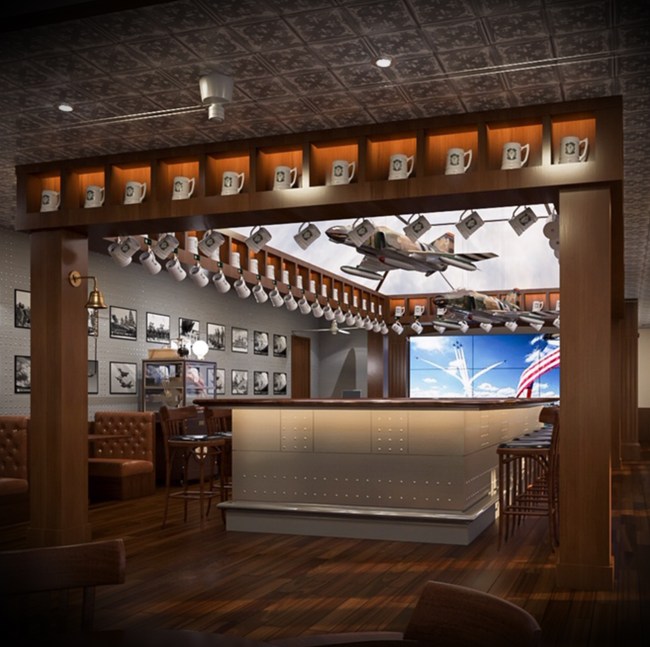 American Dunes Golf Club saw its grand opening on Sunday, May 2, 2021 and kicked things off in remarkable fashion. The first official tee shot on the new course was taken by Nicklaus in the shadow of the American flag as a squadron of jets flew overhead.

From start to finish, the course is an incredible tribute to our nation’s service men and women. And while the $150 price tag may seem high, more than 11,000 golfers have already booked for 2021. You’re not only playing a Nicklaus design, but all of the proceeds will be donated to Folds of Honor. Every single cent.