Jack Nicklaus Doesn’t Think The Masters Will Be Played This Year At All, ‘Not Fair’ To Other Tournaments On The Schedule 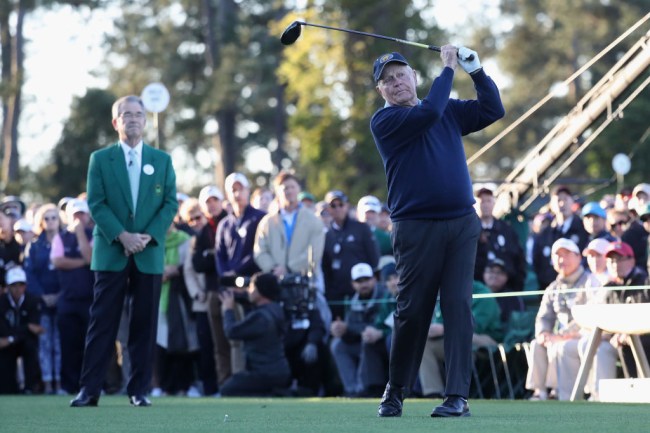 The entire sports world has been put on hold due to the coronavirus outbreak and while some leagues and events have announced possible return to action dates, the Masters has not elected to go that route.

When it was announced on March 13 that the year’s first major would be postponed, the Masters’ press release simply stated that they were hopeful the tournament would be played at “some later date.” This has led to a lot of speculation in the golf world with most thinking that the tournament could be held sometime in the Fall.

A Fall Masters is better than no Masters at all, but finding a specific date on the already jam-packed schedule could be a real challenge.

Jack Nicklaus explained on SportsCenter that due to other tournaments on the schedule he doesn’t believe the Masters will be played at all this year.

“In all practicality, I don’t there this is any way that they would play it at a later date. How in the world could they work it into the schedule, it wouldn’t be fair to any other tournaments that are later. I think we’re probably going to miss the Masters this year, that’s just my opinion, I think it makes logical sense.”

With so many unknowns facing not only the sports world but the entire world at this time, it’s impossible to pinpoint when golf will return. The 2020 PGA Tour season runs thru the end of August with the Tour Championship closing out the year. It’s also worth pointing out that it is a Ryder Cup year with the U.S. scheduled to play host at Whistling Straits September 25-27.

While it’s extremely difficult to imagine a year without a Masters, Nicklaus’ opinion about the entire situation could very well become a reality although finding a week in October for the tournament seems like a possibility.

The negative impact this would have on the community in Augusta is tough to wrap your head around, but right now it’s pretty much impossible to predict if things will get back to normal for the 2020 Masters to take place.