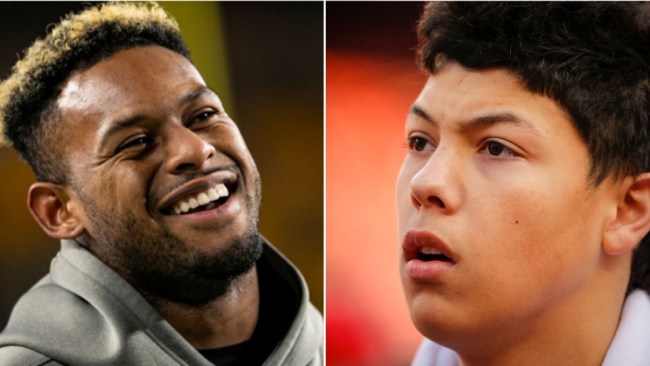 Chiefs fans better get ready for a ton of TikTok collabs between JuJu Smith-Schuster and Jackson Mahomes next season.

On Friday, the Kansas City Chiefs announced they were signing Smith-Schuster, who has gained a large following on TikTok with his pregame dance routines.

The Internet immediately had jokes about Smith-Schuster and Jackson Mahomes teaming up to do TikTok videos together.

Hours after the signing, Jackson publicly reached out to JuJu about doing a TikTok collab.