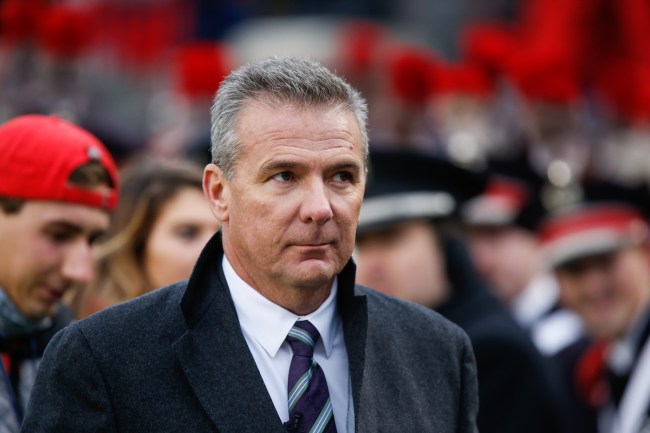 The coaching rumors surrounding Urban Meyer’s name that seem to be never-ending may soon be dead as it’s being reported that Meyer and the Jaguars are extremely close to finalizing a deal.

According to Adam Schefter, Jacksonville is ‘the one and only’ for Meyer and the former Ohio State head coach is ‘highly interested’ in taking over the franchise. Schefter also reported that a deal between Meyer and the Jags is ‘trending that way’ as the two parties will meet again on Thursday.

At this time, it’s Jacksonville as the one and only for Urban Meyer. Jaguars’ owner Shad Khan’s process has led him to Meyer, and Meyer is highly interested, and the two sides are interested in trying to finalize a deal this week. https://t.co/gDpE46pyuG

Source: Urban Meyer's deal with Jacksonville is close, not yet done, but is "trending that way." The two sides are meeting again today. The agreement could be done as early as today, but as of now, there is not one and no press conference planned. Yet.

Yahoo Sports’ Pete Thamel has also reported that Meyer is leaving his job at FOX Sports to take over the Jaguars head coaching job, but the team has yet to make any formal announcement as of yet. The hold up could simply be Meyer and the Jags finalizing what sort of control he may have over the roster, which is important with Jacksonville owner Shad Khan recently admitting he wanted more roster control.

It certainly feels imminent that Meyer will be hired by the Jaguars, despite the fact that there were reports earlier in the week that the Chargers were in discussions with him. At the end of the day, however, the Jaguars hold the first-overall pick which will turn into Trevor Lawrence. It’s an opportunity for Meyer to test the waters in the NFL with one of the most talented quarterbacks in college football history alongside him.