Jaguars Set To Play Back-To-Back ‘Home Games’ In London Next Season, Explain Scheduling Is For New Development At A Parking Lot 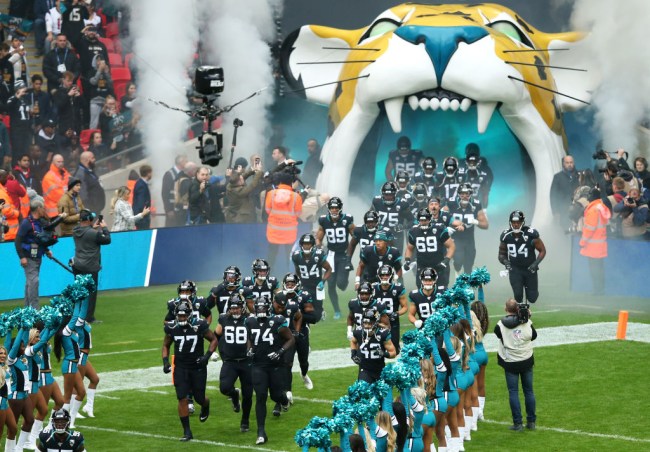 It’s been a longtime rumor that the Jacksonville Jaguars could move to London becoming the first NFL franchise based outside of the United States. The team’s owner, Shahid Khan, is based out of London himself and is also the owner of Fulham F.C., so the connections are certainly there.

There’s also the fact that the Jaguars have played a game in London each year dating back to the 2013 season, which certainly hasn’t quieted the rumors that the team could be a fit overseas.

It was announced on Tuesday that the team is going to be spending even more time in London during the 2020 season as the Jags are set to host back-to-back ‘home games’ at London’s Wembley Stadium.

You’re not alone if your first reaction to the news was ‘of course they are.’ You’re also not alone if you’re second reaction was wondering what this means for their fans and season ticket holders back home in Jacksonville.

If you take away two real home games that leaves just six games to actually be played in Jacksonville.

To make local fans and season ticket holders happy, the team is offering an overall average ticket price decrease of 5%. Talk about savings!

In 2020, Jaguars season ticket members will receive a 50 percent discount on preseason games and favorable variable pricing on the six regular season games that will result in an overall average ticket price reduction of 5 percent, representing a 15 percent savings off their invoice from last season.  In addition, season ticket holders will receive a strong benefits package with features both new and improved that will be announced during the renewal process.

The Jaguars and London obviously have strong ties to one another, but to help soften the blow for fans and perhaps even give off a certain perception to the rest of the league, the team stated that the back-to-back London games are tied to the construction of a new development at Lot J at TIAA Bank Field.

The timing of this announcement is strategically aligned with the team’s ambitious and big-picture plans for Jacksonville and, specifically, the planned Lot J development.When completed, Phase One of the proposed $500 million Lot J project in partnership with Cordish Companies would feature an entertainment district, a 200-room hotel, residential buildings offering 405 units and additional parking.

On one hand, it makes sense for the Jags to continue to grow their audience and brand in London and while fans may, in the long run, get an upgrade around the stadium, it has to be tough for local fans to miss out on not one but two opportunities to see their team play.