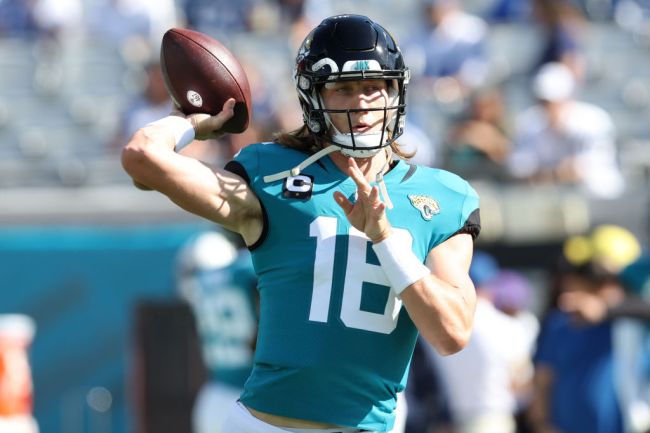 Trevor Lawrence’s rookie year didn’t come close to living up to the hype he built up at Clemson that led to him being the number 1 pick in last year’s draft.

He struggled throughout the season as chaos and disappointment dominated the Jacksonville Jaguars’ season. Lawrence wasn’t able to provide any kind of a spark to the offense and was statistically among the worst starters in the league at quarterback.

Luckily for Jaguars fans, there may be hope that things will get better next season. Yesterday, Sports Illustrated’s John Shipley spoke to the Jaguars’ quarterback coach and he discussed how Trevor Lawrence has improved this offseason.

"The last couple of days through the OTAs, you see some of the checks that he's made the line of scrimmage," McCoy said. "He's making quicker decisions now."

“The last couple of days through the OTAs, you see some of the checks that he’s made the line of scrimmage. He’s making quicker decisions now.”

Lawrence’s quicker decision making is just one of many improvements that should help this offense avoid another disappointing season.

They’ve replaced Urban Meyer with Doug Pederson. They’ll be getting Travis Etienne back from his torn ACL. They signed Christian Kirk and Even Engram to give Lawrence more options to throw to.

While things may have seemed hopeless for Jaguars fans when they were showing up to games dressed as clowns last season, there may actually be reasons for optimism heading into the 2022 season.

Maybe the Jaguars will be able to avoid securing the top pick in the draft for a 3rd consecutive season.