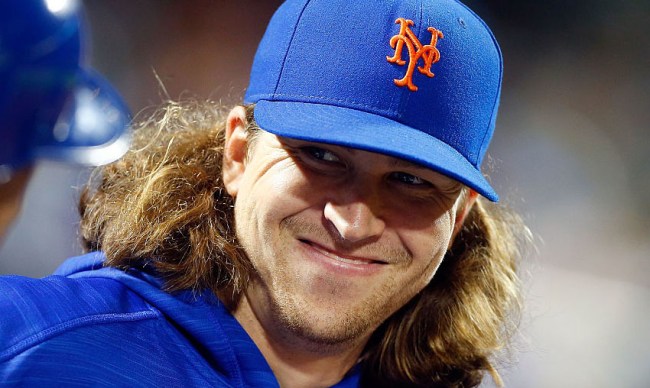 Mets pitcher Jacob deGrom has a career record in Major League Baseball of 30-22 with a 2.74 ERA. He is also 1-1 with a solid 2.93 ERA in spring training, while his buddy in the rotation, Matt Harvey has been spending some quality time canoodling with Adriana Lima. (Yes, I said canoodling.)

Mets outfielder Kevin Kaczmarski has a career record of 0 at bats in the Majors, though he is hitting .600 this spring training.

deGrom, being the well-established player that he is, has his own parking spot as the team preps for the upcoming season. Kaczmarski, as one would expect, does not.

So when Kaczmarski made the critical error of parking in deGrom’s spot, well, he had to pay the price and pay the price he most certainly did.

I think the rookie got the message…

Now if only the team could do something about that other rookie outfielder.