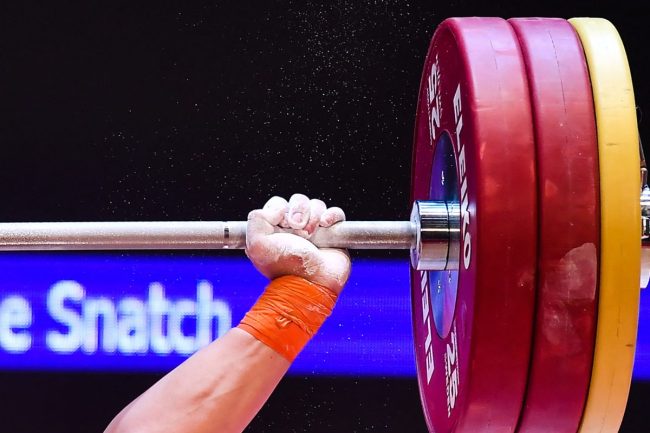 High school defensive lineman Jacob Henry is going viral for a 600-pound squat. The ridiculous feat is surprising to many, but maybe it shouldn’t be.

After all, it runs in the family.

Henry’s father is former WWE champion Mark Henry. The elder Henry has been the World’s Strongest Man, an Olympian, and champion power lifter on top of his professional wresting accolades.

Now, it’s his son who is stunning people with his sheer strength.

Jacob Henry attends Lake Travis High School in Austin, TX and is a defensive tackle in the class of 2024. While he’s not ranked by the recruiting services quite yet, this will certainly catch the attention of folks around the industry.

Check out the impressive lift below.

Henry, who’s entering just his junior year at Lake Travis, pulls off the feat with relative ease. You can hear his teammates in the background cheering him on as he successfully squats the massive load.

They weren’t Jacob Henry’s only fans, though. His dad took a moment to congratulate his son for the awesome achievement on social media.

Here was his reply to the lift.

“Go head on Jacob! Hard work pays off! This is your summer!”

He seems pumped for his son, and it sounds like he’s hoping for a big season on the gridiron.

Outside of football, the younger Henry is also 6A District Heavyweight Wrestling Champion, following in his father’s footsteps. It will be fun to watch how he performs when his Lake Travis team takes the field.